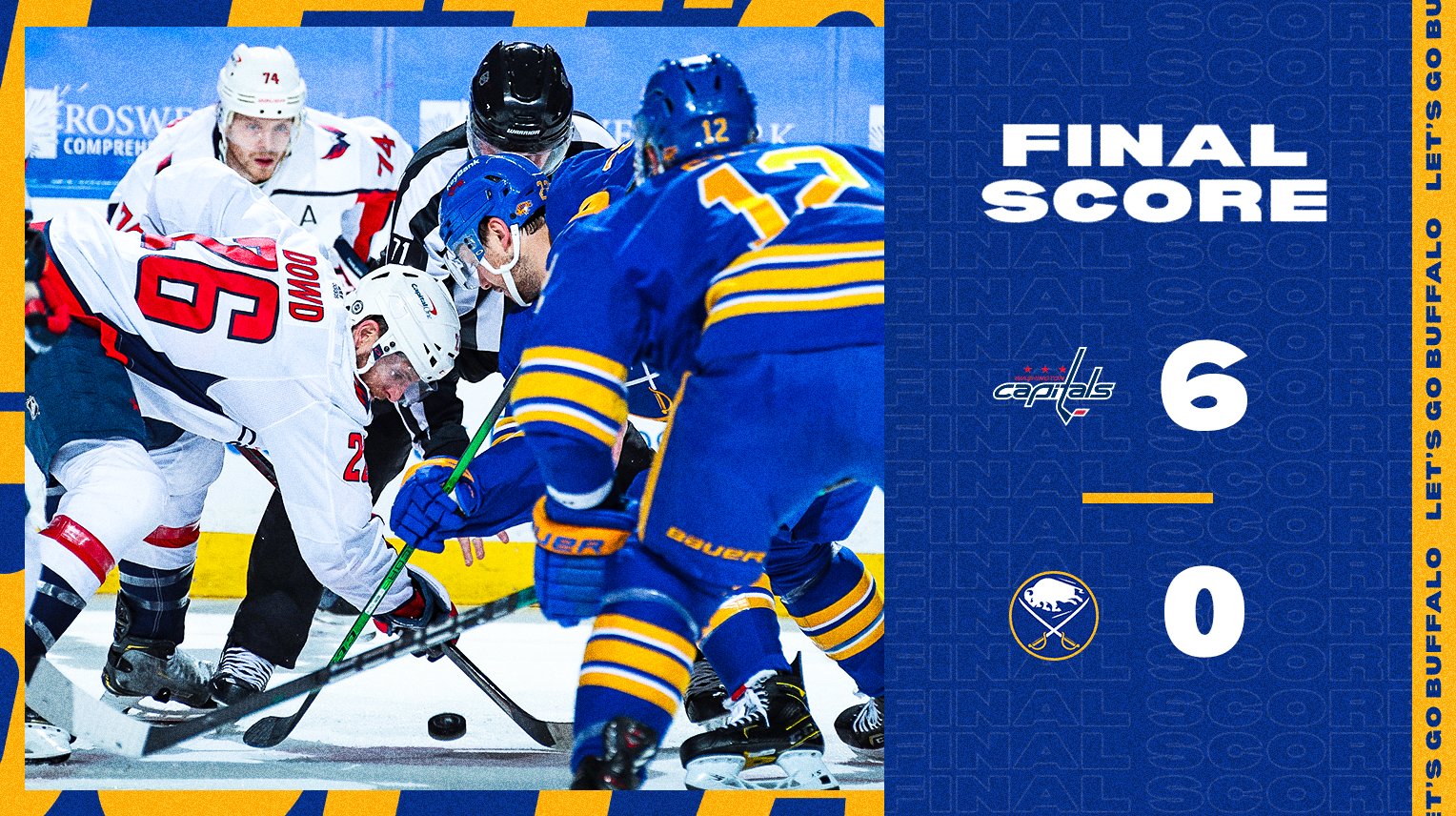 The Buffalo Sabres found themselves without a goal for the second straight game and the sixth time this season in a 6-0 loss to the Washington Capitals at KeyBank Center on Monday.

Carter Hutton made 24 saves for Buffalo.

The Sabres were also shut out on Saturday against the Pittsburgh Penguins.

The Capitals, meanwhile, have won six in a row and five straight on the road.