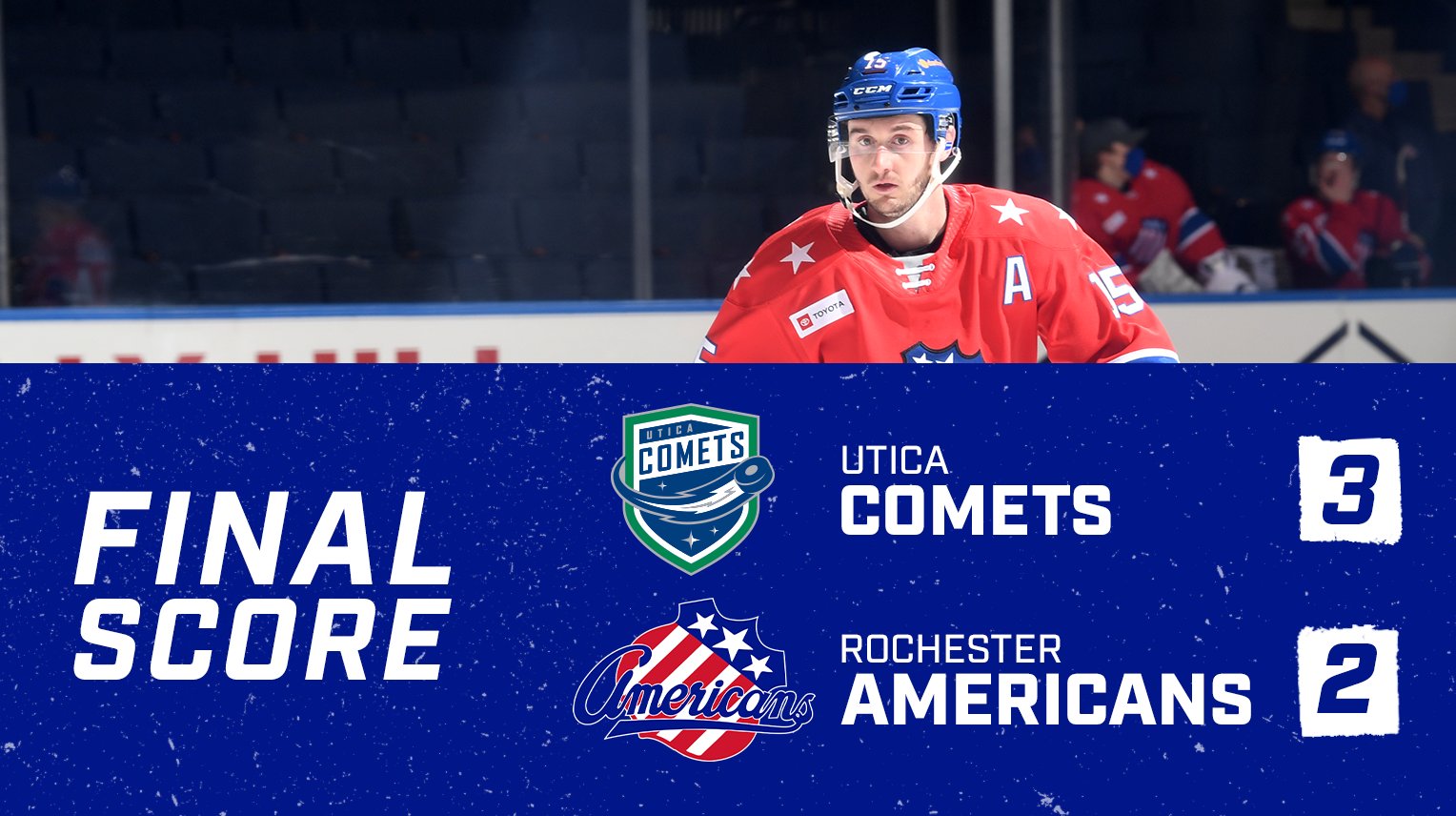 The Rochester Amerks were unable to begin their season with a win, falling to the Utica Comets 3-2 in the first of 14 matchups against their cross-state rival.

Both scorers for Rochester, Patrick McGrath and Arttu Ruotsalainen, recorded their first goals for the Amerks. McGrath scored the first goal of the season at the end of the first period, while Ruotsalainen notched the first power play score of the year during the third period.

The Amerks only had 10 available forwards tonight, which head coach Seth Appert believes led to a lull in the second period. According to Appert, Jack Quinn and Remi Elie are currently in quarantine, Brandon Biro is injured, and Dawson DiPietro has not practiced in a few weeks.

Though Appert did not open his professional career with an Amerks win, he was impressed with his team’s effort and competitiveness.

“Certainly you want to win every game you play. I’m process focused more than outcome focused,” said Appert. “If you focus on the process the right way, the results will come. I really liked what we wanted to be about tonight.”

"What’s not to like? He scored a goal. He could have had two or three more."

Arttu Ruotsalainen scored his first professional goal in North American. He even helped the Amerks kill four penalties in the second period.