Parts of Rochester and Syracuse moved into ‘orange zone’ designation, according to Governor Andrew Cuomo on Monday.

It’s a designation that will take official hold on Wednesday, but the announcement came just 24 hours after the Governor said it was possible that parts of the Rochester and Syracuse areas would move into orange zone criteria.

That designation means that non-essential businesses cannot remain open, and that restaurants and bars must transition to take out only.

He also indicated that Victor could be on its way to yellow zone distinction if the virus is not brought under control.

However, local residents reacted to the news of the orange zone distinction – noting that large portions of Rochester’s commercial corridors were excluded from map. 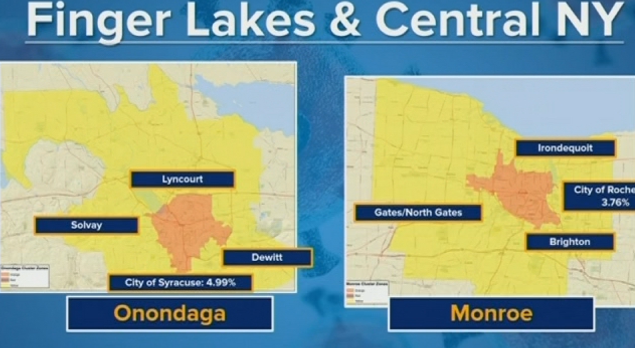