Officials in Ontario County have provided an update on the Armington Road fire in Manchester on Tuesday.

Emergency Management Director Jeff Harloff says that a passing motorist noticed smoke coming from a one-story house at 3905 Armington Road in Manchester. That person called 911 from their cell phone, which resulted in firefighters from Manchester and Port Gibson being dispatched around 9:12 a.m.

Harloff says a passing motorist discovered fire coming from an attached garage, and an elderly male sitting on the floor of the porch. The motorist is credited with carrying the man to safety prior to fire personnel arriving on-scene.

Approximately one hour after being dispatched, the fire was brought under control.

No injuries were reported, but the building suffered significant structural damage. It’s insured, according to officials.

The Ontario County Fire Coordinator and Manchester Fire Department are investigating the blaze. The preliminary results show that a malfunctioning vehicle in the garage may have caused the fire. However, it remains active. 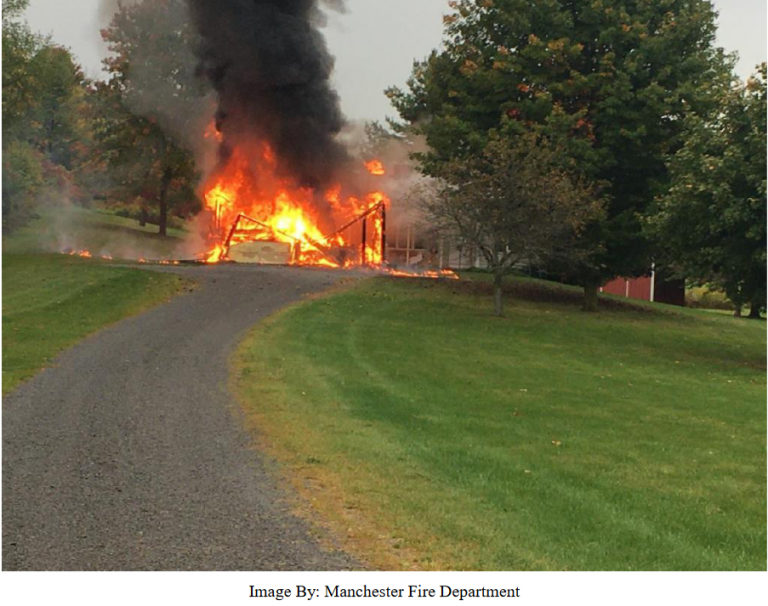