What Will Brian Winters Bring to the Buffalo Bills?

On Monday, August 3rd, the Buffalo Bills agreed to a one-year deal with Brian Winters. Having been a starter at right guard for much of the last seven years during his time with the New York Jets, the 29-year-old was recently released by Gang Green. Upon being drafted in the third round by the Jets back in 2013, Winters leaves the Big Apple having established himself a proven offensive guard. So, let’s take a look at what the veteran will bring to the Buffalo Bills.

Throughout his seven-year spell with the New York Jets, the 29-year-old played 89 matches, according to his NFL profile. Importantly, having amassed sought-after experience, Winter’s move to the Bills is logical for all parties. Upon losing their first-choice right guard, Jon Feliciano, for two months through chest surgery, Sean McDermott, the team’s head coach, now has another starting-caliber option on his hands with the former Jets players.

Although Winter will take nothing for granted as his position is not guaranteed, the six-foot-four, Ohio-born offensive guard will provide much-needed competition for the role. Moreover, thus far in his career, Winter has proven himself as a reliable choice. On three occasions, he has played in all 16 matches in the NFL season. Although he didn’t participate in every game throughout the 2019 campaign, the veteran featured nine times. In reality, this is a testament to his determination and passion for the sport, given that he played through a shoulder injury for much of the season.

While surgery would see him miss the final matches last season, few can question Winter’s determination. Furthermore, aside from his professional attitude, the 29-year-old also brings versatility to the Bills. As per a report by Bills Wire, Winter is more than capable of operating on the left side of the offensive line. While it appears likely that he’ll provide cover for the injured Feliciano, adaptability is an invaluable trait to have in any sport, particularly American football.

What Could His One-Year Deal Mean for the Bills?

Upon clinching Winter’s signature, the Gang Green’s parted ways with the longest-serving member of their roster. After starting 79 games for the Jets, it appeared that both player and team were well suited to each other. However, on paper, this decision to release the 29-year-old could undoubtedly benefit the Bills.

Theoretically, Winter’s one-year deal points towards him being a short-term option to cover Feliciano. However, given his record and professional experience, there’s little to suggest that he can’t displace the 28-year-old as the starting offensive guard. As, at the time of writing, Feliciano only has one year left on his current deal, his injury is unquestionably ill-timed. Should Winter impress and the Bills get off to a winning starting, then last season’s ever-reliable option could find himself needing to fight for his place in the team. 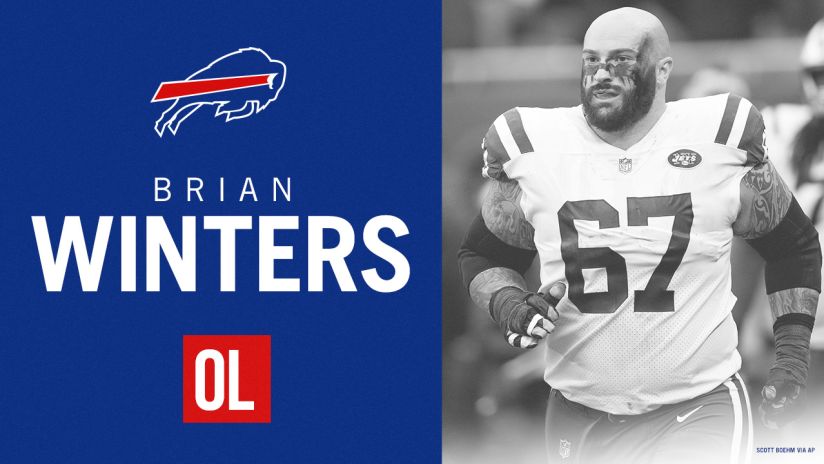 With the NFL season starting in September, we’ll soon find out how quickly Winter has settled into his new surroundings. As a result, and with intrigue building, prospective bettors can find all the information they need to start placing bets at NFL sportsbooks ahead of the new campaign at Legal Betting. The site’s informative nature covers the fundamentals of NFL betting odds, including futures, money line wagers, spread bets, totals, and much more, across numerous markets.

Despite the perception that Winter will operate as a stand-in replacement for Feliciano, the 29-year-old arrives in Buffalo with an opportunity to make himself a regular starter. However, should things not work out, then the offensive guard’s one-year deal will ensure that he can part ways with the Bills after just a single season, allowing him to assess his long-term options.