Olofsson, Okposo back in lineup against Blue Jackets

Victor Olofsson and Kyle Okposo will be back in the lineup for the Buffalo Sabres against the Columbus Blue Jackets tonight at KeyBank Center.

Olofsson has missed 15 games since sustaining a lower-body injury against Edmonton on Jan. 2. Coach Ralph Krueger spoke highly of how the rookie handled his time away from the ice. 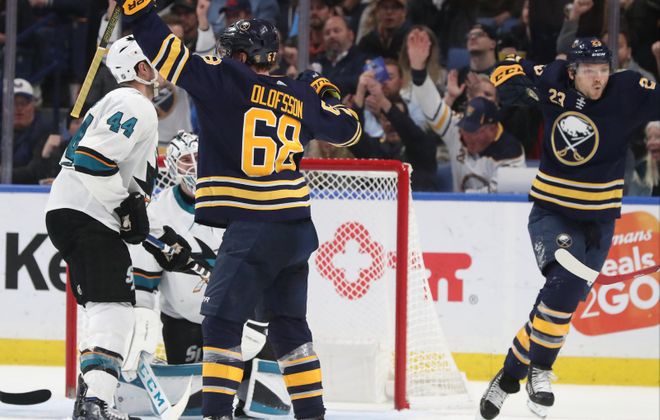 “I think he also had an opportunity to take a breath and to watch the game from the outside and we actually just finished having a conversation with him about that, his experiences, what he saw, what he learned,” Krueger said. “I feel because of the hockey intelligence that he has, he’s going to come out of this actually an even better player.

“He’s done a fabulous job. He’s remained close to the team the whole time. He said that too, that was really important for him to stay socially connected. But also, the hockey processing that he’s done in his mind I think will help him to just confirm the great game that he has.”

Per Coach Krueger, Olofsson and Okposo will be starting tonight.

Hutton will be in net. The rest of the lineup will be determined after warmups. #Sabres50