Andre Roberts will be headed to Orlando this week to be the third Bills player to appear in this year’s Pro Bowl.

Roberts will join teammates Tremaine Edmunds and Tre’Davious White in the league’s all-star game next weekend. 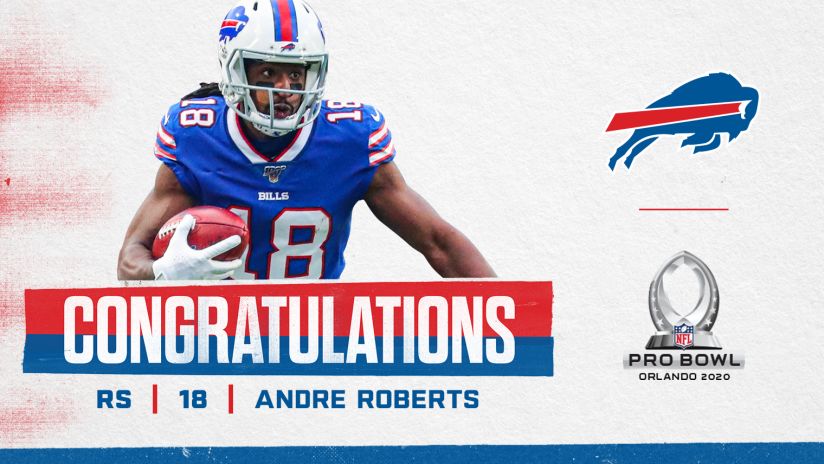 Roberts, who was a first alternate, will replace the AFC special teams starter Mecole Hardman who advanced to the Super Bowl with the Kansas City Chiefs.

Andre Roberts has been named to the Pro Bowl.

Roberts will be replacing Chiefs WR Mecole Hardman, who is unable to participate due to the Super Bowl. pic.twitter.com/UjXud89fMl