Lawrence Pilut scored the game-tying goal in the third period and then set up the game-winner with only two seconds remaining in regulation to cap a thrilling 4-3 come-from-behind win for the Rochester Americans (20-6-2-2) over the Belleville Senators (18-12-1-0) Friday at The Blue Cross Arena. 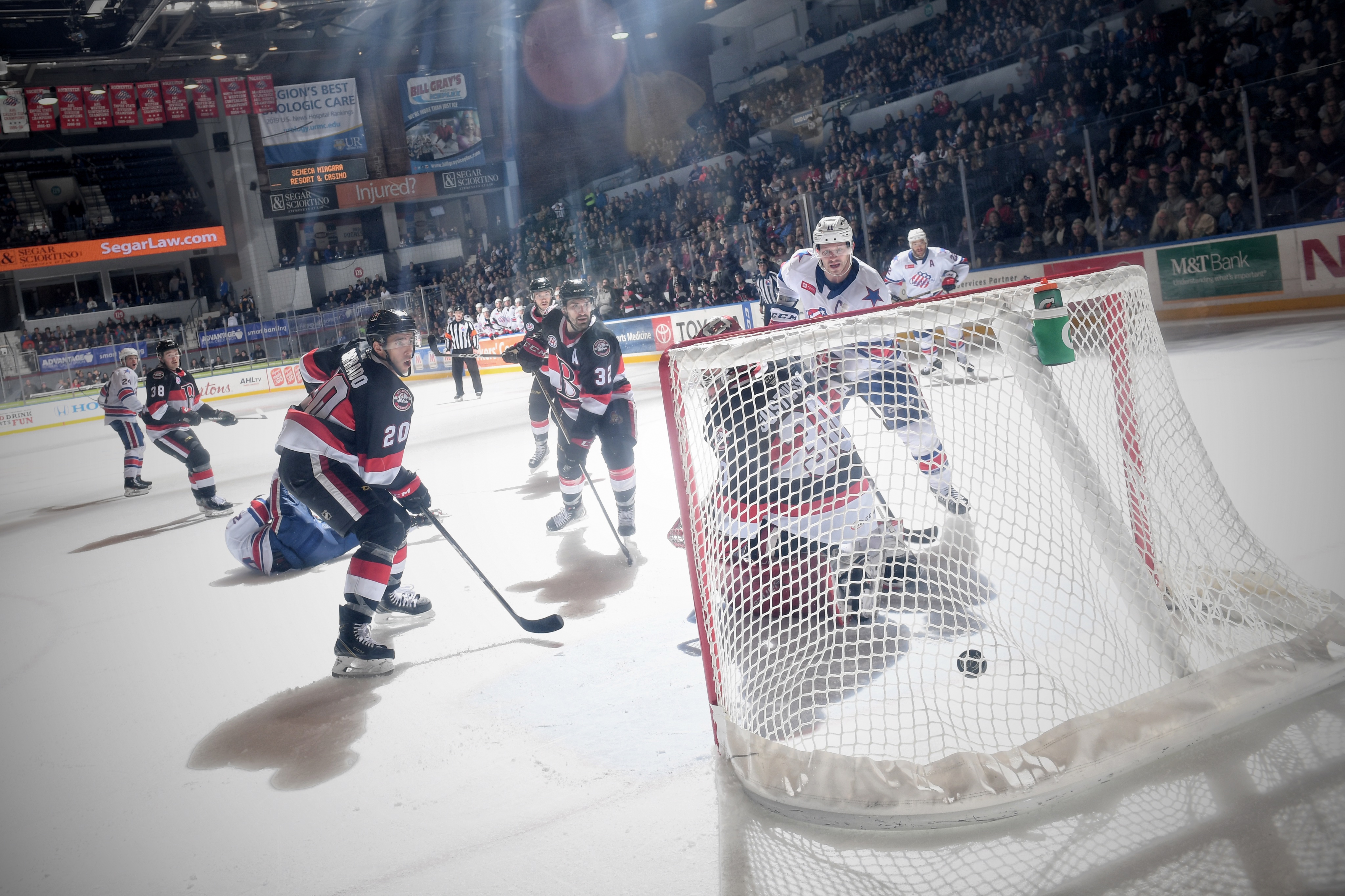 With the victory, the Amerks became just the fourth AHL team and first from the North Division to reach the 20-win mark this season while improving to 15-3-1-1 over their last 20 games dating back to Nov. 1, earning points in 17 games over that span, and holding a three-point cushion atop the Division standings. Additionally, Rochester has picked up points in 22 of the last 27 contests overall, going 18-5-2-2, while also earning 43 out of a possible 60 points through its first 30 contests of the season.