White was named a starter for the AFC in the Pro Bowl on Tuesday, and on Wednesday, he was named AFC Defensive Player of the Week for his two interception performance on Sunday Night Football against the Pittsburgh Steelers. 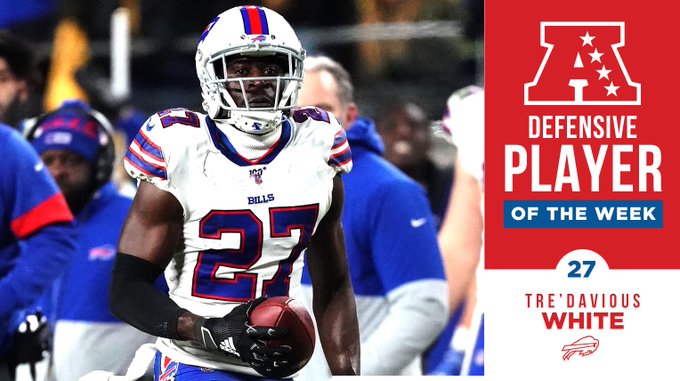 #Shoutout: Tre'Davious White has been named AFC Defensive Player of the Week for the second time this season.

He's the first Bill to win the DPOTW award twice in a season since Mario Williams in 2013. pic.twitter.com/BZTpqKFt6P