Aaron Judge connected for the 20th home run of his injury-shortened season and Gleyber Torres grabbed a share of the team lead with his 34th homer as the Yankees outslugged the Rangers, 4-1, on Wednesday evening at Yankee Stadium.

Judge’s two-run shot in the third inning and Torres’ solo fourth-inning blast, both off Lance Lynn, helped power yet another home series victory for the Bombers. By taking two of three from Texas, the Yankees improved to 18-0-3 in their last 21 home series, and they haven’t dropped a set in the Bronx since April 12-14, to the White Sox. 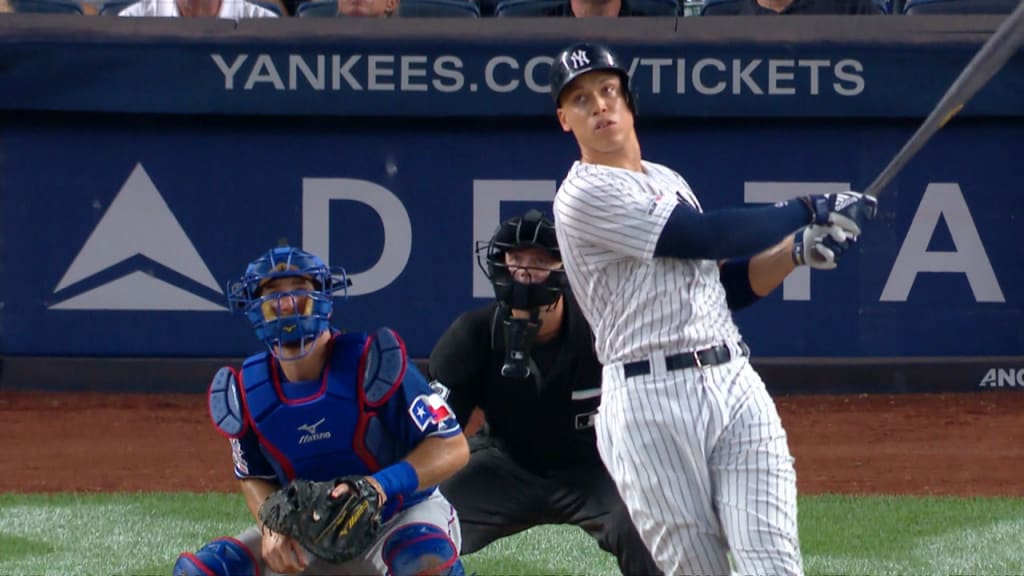 With Torres’ 34th homer, he equaled Gary Sanchez atop the Yankees’ leaderboard while joining Alex Rodriguez (42 homers in 1998, 36 in ’96) as the only middle infielders in Major League history to slug that many homers in their age-22 season or younger.