The race began with Kyle Busch on the pole. Busch would go on to win the first stage and appeared to be the car to beat but a broken part in the left front suspension would end his day and open the door for Blaney. 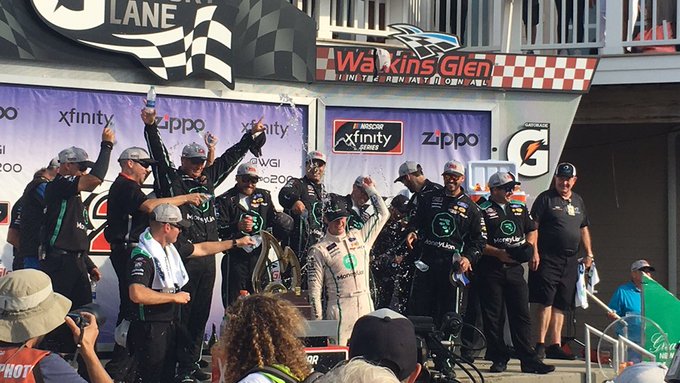 WHAT A FINISH! #Zippo200 #NASCAR pic.twitter.com/1rCHBEzThp

The car has arrived with a push from the squad @Team_Penske | #Zippo200 pic.twitter.com/Ly0SUkiqmS

Sorry, we broke the replay button on this one! #Zippo200

@AustinCindric checks in from Victory Lane after collecting the first #XfinitySeries victory of his career! #Zippo200 pic.twitter.com/mi2ZzlcMnM