State Police are investigating a serious accident involving a snowplow and passenger vehicle, which happened around 10 a.m. on Tuesday morning.

Troopers said in a news release at about 11:40 a.m. that Routes 5 and 20 west of Auburn between Lime Kiln Road and Basswood Road would remain closed for several hours.

The crash involved state Department of Transportation snowplow and a car with two occupants, according to police. They note that two people in the vehicle were extricated and airlifted to Upstate University Medical Center in Syracuse.

The LifeNet chopper sent to the scene landed at the Troopers Barracks in Aurelius.

State Route 5&20 was closed for several hours as result of the crash but has since re-opened. 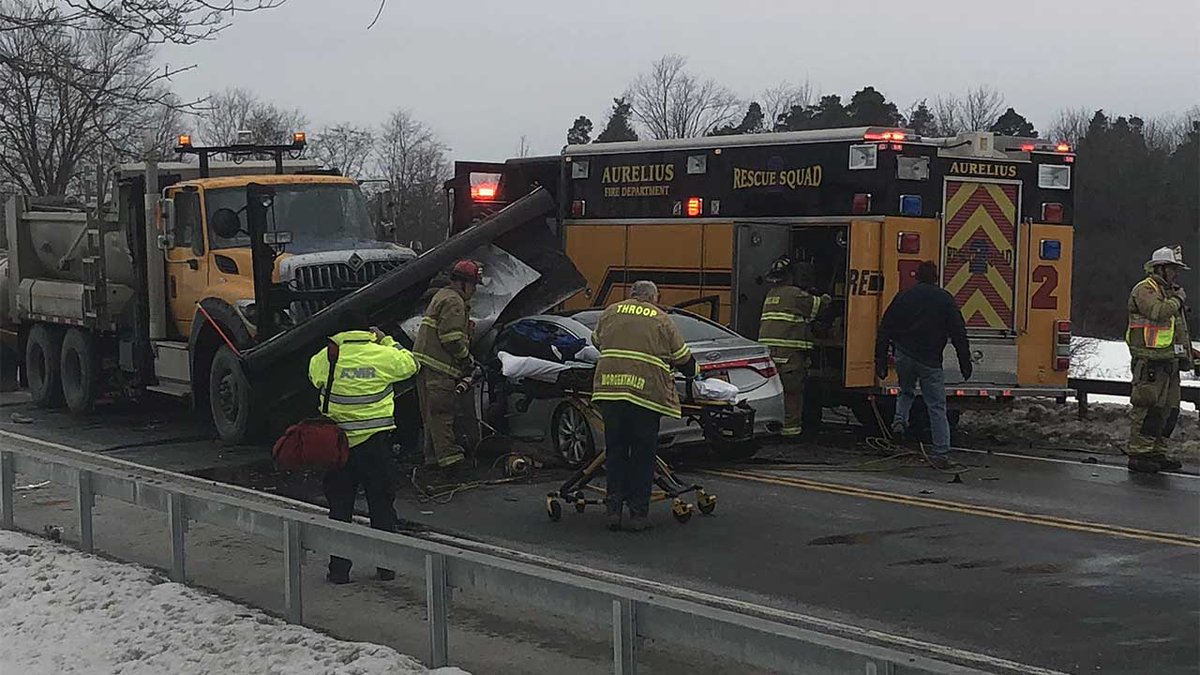 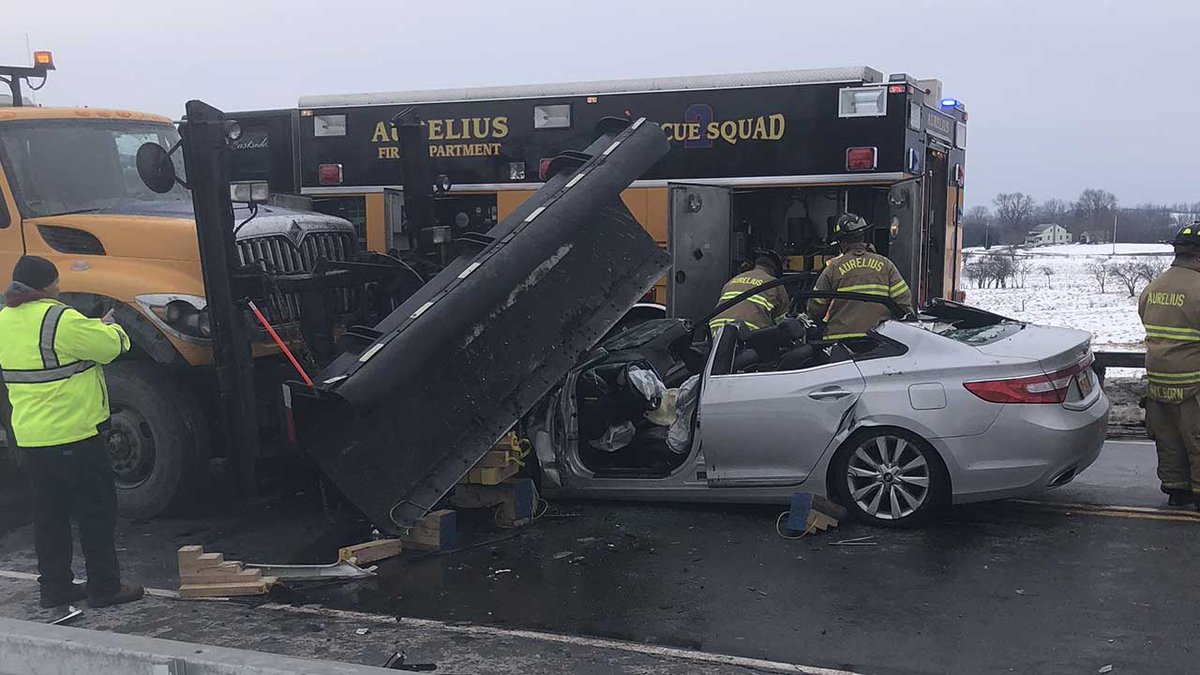 Family members watch as paramedics prepare to airlift a woman from the scene of a car-snowplow collision in Aurelius Tuesday morning. (Kevin Rivoli, The Citizen) Story and Photos: https://t.co/rrUdlb9ayR pic.twitter.com/HRxGYF0oDL

Short video by Phoenix Guererri of first responders using jaws of life to extract victim from her vehicle: