An Auburn man is facing multiple felony drug and weapon charges after a Finger Lakes Drug Task Force investigation Friday resulted in the seizure of several pounds of marijuana. 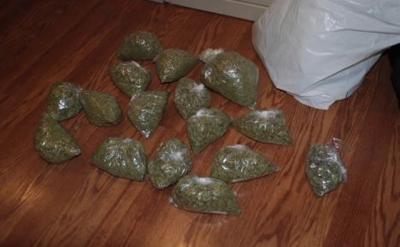 The search served as the conclusion to a five-month investigation into the sale of marijuana and narcotics, according to Auburn Police Department Sgt. Timothy Spingler.

The Finger Lakes Drug Task Force itself is made up of members from both the Auburn Police Department and the Cayuga County Sheriff’s Office.