A new study by WalletHub shows that New York has the highest tax burden in the U.S.

The study comes with the April 18 Tax Day approaching — and new data showing that 81% of Americans do not believe government spends tax dollars wisely. 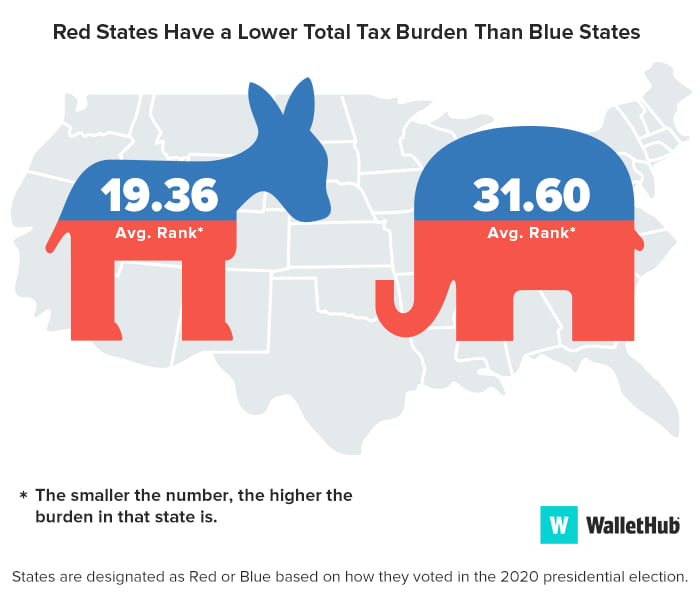 WalletHub compared all 50 states based on three components of state burden — including property, individual income, and sales tax. The study looked at all three evaluating what share of a person’s total income they represent.

Get Your Refund: Why is my 2022 refund delayed?

How does New York stack up against the rest?

Taxpayers in New York face a steep burden compared to other states in the U.S. WalletHub found that 12.75% of a person’s income is eaten up by taxes in New York — ranking them #1.

New York also ranks #1 in individual burden, which came in at 4.9%. Property tax represents 4.43% of a New Yorkers total income. Meanwhile, total sales and excise tax are 3.42% of a person’s total income.

Hawaii, Maine, Vermont, Minnesota, New Jersey, and Connecticut rounded out the list of worst burdens with more than 10% of a person’s income going to taxes in each.

What states have the lowest tax burden?

Alaska came in with the lowest burden for individuals. Around 5.06% of a person’s total income is taken by the government. Tennessee, Delaware, Wyoming, New Hampshire, and Florida all had among the lowest burdens.

Even states with lesser burdens face steep challenges. For example, paying for vital public services, and dealing with growing wage gaps in a number of private sector industries has put strain on ‘low’ collection communities.

Check out the video above or graphic below to see where your state stacks up!