In this episode, I stopped by Lunkenheimer Craft Brewing Company in downtown Weedsport just days after they shared the Governor’s Cup for best beer in the state for their Woodruff Berliner Style Weisse beer.

We talked about adding the Governor’s Cup to their growing list of awards.

We covered the history of the brewery, from their beginning in 2014 with a one barrel system, their quick growth and purchase of a five barrel system, their move to bigger quarters across the street and the addition of a wood-fired pizza oven. Lunkenheimer is Derric’s wife Kristin’s family name. Not a bad name for a brewery that specializes in traditional German-style beers. You won’t find a Reese’s Peanut Butter Cup Rice Krispie mango raspberry nitro milk stout here.

We talked about the room for growth craft beer has in a world still dominated by the big commercial brands and how to introduce the Bud Light drinker to craft brews. Derric talked about the future. Like many craft brewers, he’s a little leery of getting too big, too fast. His favorite place is still in the brewhouse. Lunkenheimer has a tasting room in Sodus Point for the summertime crowd. Their beer isn’t available in many places other than on site yet. One option is to order your favorite Lunkenheimer brew for home delivery through Drink New York Craft, a service we covered in an earlier edition of the podcast.

After the talking came the tasting. The space is casual and inviting. We met on a warm Thursday afternoon when using the outdoor space was an option. If you’re looking for something to do while tasting, try Brubag, a game that combines the best of beer pong and cornhole.

I had a flight of six, focusing on the German-style beers on the menu. The Buster, a German Kolsch and ExperimenHELLES are good choices for easy drinking summertime beers and good choices for your Bud and Miller drinking friends. The West Coast Amber Ale has a little more hop bite, but not quite as much as an IPA. The Dort Keller is another German-style beer, still easy drinking, but with a little more malt and a nice, deep flavor.

In addition to the dozen brews on tap, there’s one of the largest selections of craft ciders anywhere in the Finger Lakes, as well as wine and canned cocktails. The thin crust pizzas from the wood-fired oven are just enough, while leaving room for a second pint.

Lunkenheimer is about two minutes off Exit 40 of the Thruway, so next time you’re headed for Albany and points east, give yourself a little extra time and find out what the Germans have known about making quality beer for a long time. 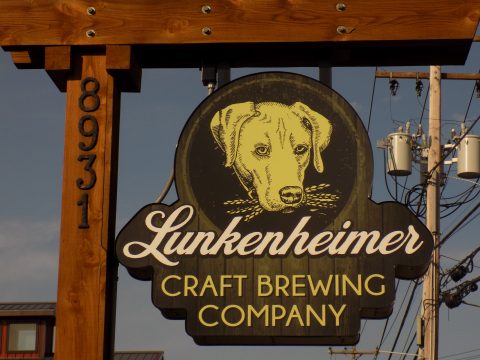 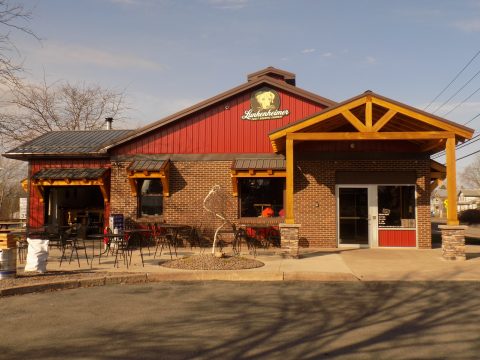 Looking at the tasting room from the parking lot 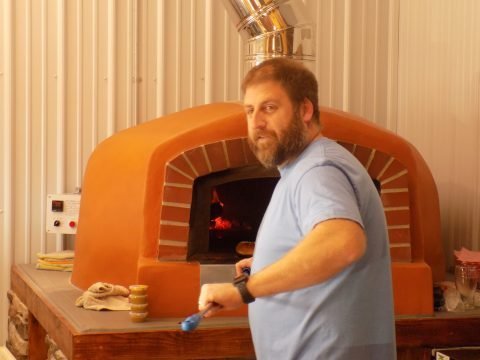 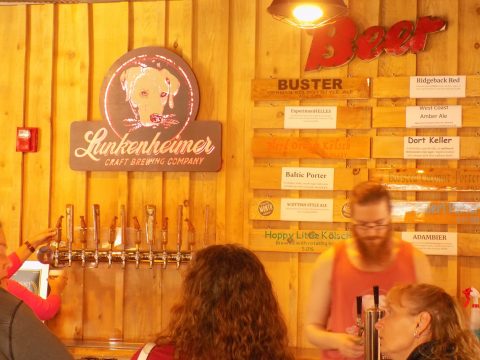