Will Governor Kathy Hochul extend the indoor mask mandate in New York? That question looms large over state politics, as a legal battle continues over the ‘mandate’ set to expire on January 31.

Counties and businesses are working on enforcement. A state Supreme Court judge pulled the mask mandate on Monday, before a higher court judge issued a ‘stay’ giving it a few more days of life.

The legal back-and-forth has put counties and businesses in a tough spot. In Rockland County, a spokesperson told Gannett on Wednesday that they paused enforcement efforts of the indoor mask mandate.

However, enforcement in communities around the Finger Lakes and Central New York was scarce. While many businesses put signs up indicating that masks were required- countless patrons all over simply didn’t comply.

In schools the existing mask mandate runs through February 21.

The December 13, 2021 mask mandate required that all businesses, restaurants, and public spaces require face coverings. However, the Hochul Administration was quickly criticized for lack of enforcement assistance to municipalities, which made the ‘mandate’ feel more like a recommendation.

However, compliance among the business community was mostly universal, despite no record of non-compliant businesses being punished or fined.

The state’s ‘mandate’ allowed county health departments to issue fines. Over the last two months, county health and elected leaders have said they would take an ‘educational approach’ to mask requirements handed down by the state.

At this point, the question is simple: Will the clock run out on Hochul’s mask mandate before the court makes a final decision on its constitutionality?

The answer appears to be ‘yes’. Barring an extension of the mandate, which has not yet been announced- the mandate would expire next week- with businesses able to resume non-masked operation. 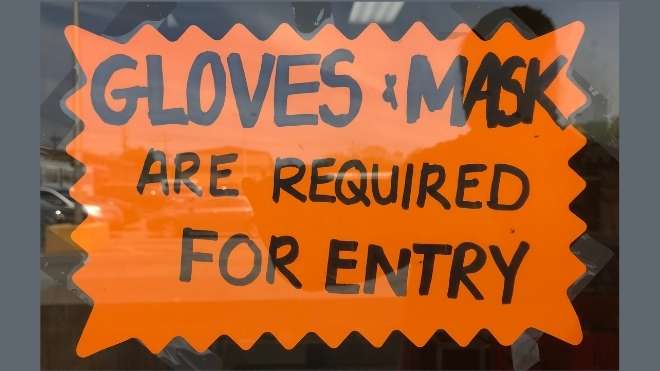