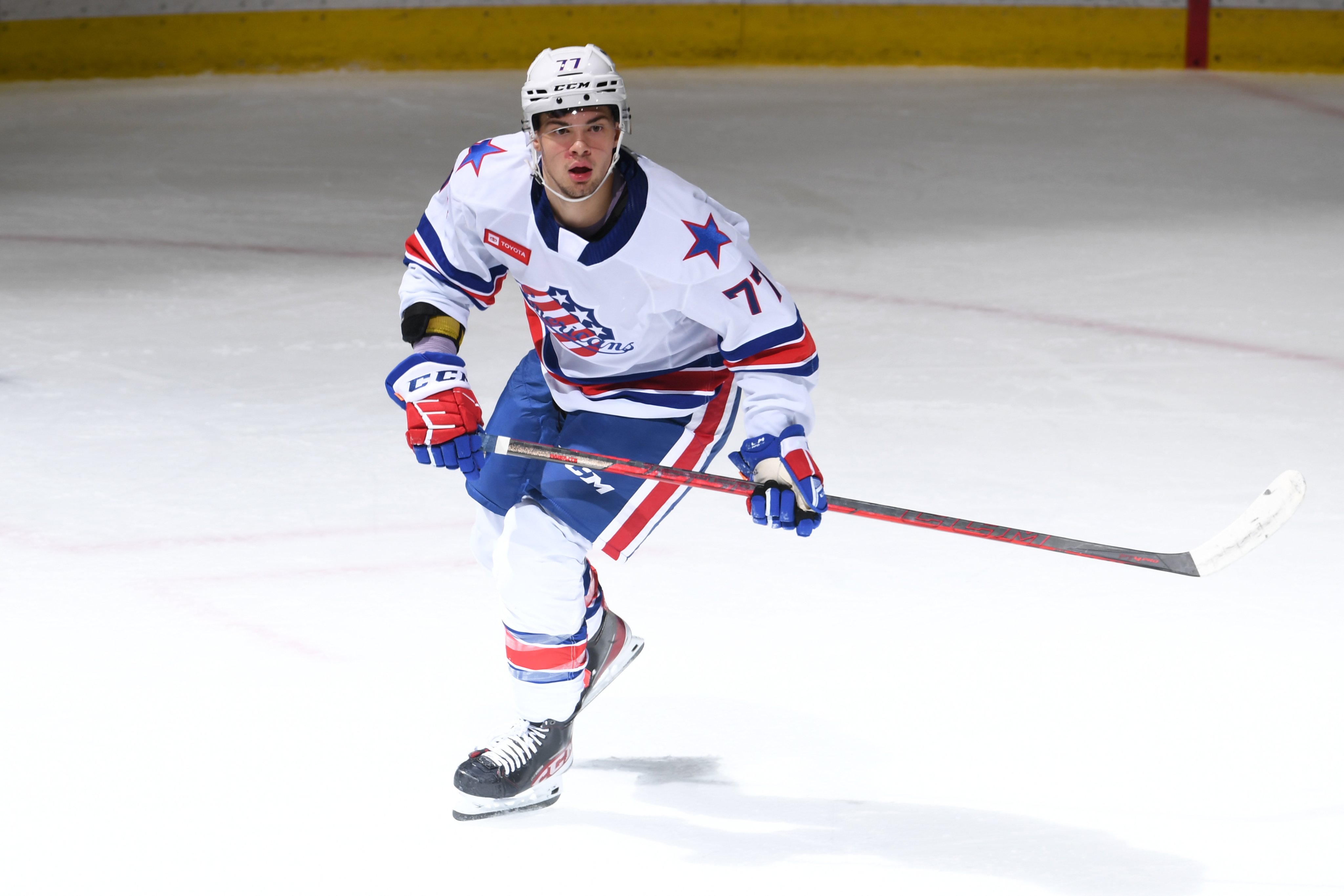 The American Hockey League announced Monday that Rochester Americans forward JJ Peterka has been selected as the AHL Player of the Week for the period ending January 2, 2022.

Peterka began the week by making his National Hockey League debut and finished it by tallying five points in two games for the Amerks.

Peterka was recalled by the Buffalo Sabres on Tuesday and skated in his first two NHL games as Buffalo hosted New Jersey on Wednesday and visited the New York Islanders on Thursday. He returned to Rochester for their weekend trip to New England and posted a goal and two assists – all in the first period – during the Amerks’ 5-3 loss at Springfield on Saturday. Peterka finished his busy week by tallying a goal and an assist to help Rochester to a 4-3 win at Hartford on Sunday afternoon.


The 19-year-old Peterka leads all AHL rookies with 19 assists and ranks second in rookie scoring with 25 points in 25 games for Rochester this season. He was a second-round choice by Buffalo in the 2020 NHL Draft and split last season between Salzburg of Austria’s ICE Hockey League and his hometown Munich in Germany’s Deutsche Eishockey Liga.