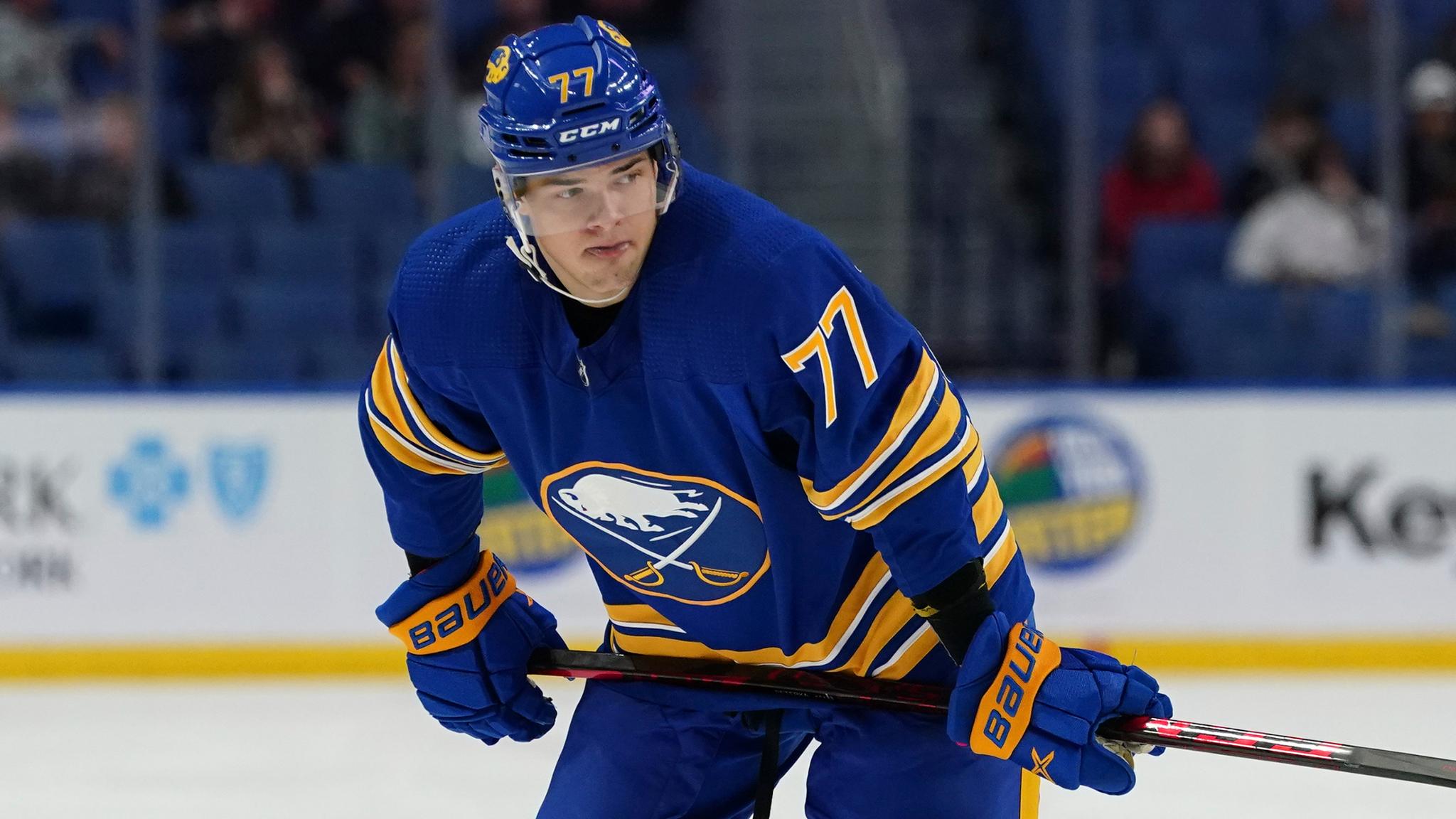 The Sabres have five forwards in COVID-19 protocol: Vinnie Hinostroza, Zemgus Girgensons, Jeff Skinner, Dylan Cozens, and Mark Jankowski. They returned to practice on Monday with nine healthy forwards, a session mostly geared toward shaking off the rust from a week-long break.

Sabres general manager Kevyn Adams said he hoped to practice Tuesday with a lineup that would resemble the one the team will use at home against New Jersey on Wednesday.

“What I’d like to do would be in a position where [Tuesday] we could practice as if we’re preparing for the game on Wednesday, which is what we need to be doing,” he said. “All indications on my end from league communications are that we need to be ready to play Wednesday.”

The Sabres have not had played since an overtime loss in Pittsburgh on Dec. 17. They had four games postponed due to COVID-19 cases affecting the NHL.

Jack Quinn, who leads the Amerks and ranks fourth in the AHL with 1.41 points per game, is recovering from mono and not yet ready to play, Adams said Tuesday.

The recalls potentially line up Krebs and Peterka to make their Sabres debuts. Krebs, 20, was acquired alongside Alex Tuch and a pair of draft picks in the trade that sent Jack Eichel to Vegas on Nov. 4. The Sabres opted to be patient with the 2019 first-round pick (who already had 13 NHL games on his resume), sending him to Rochester to focus on development.

Krebs has 14 points in 16 games with the Amerks, including a two-goal outing in his most recent outing at Hershey on Dec. 19.

“There’s a lot of players in Rochester that we know could come here and play and be on our team,” Adams said on Dec. 21. “But are they gonna thrive? Are we setting them up for success? Is it the right thing in their career, where they’re at today versus just, what do we need?

“So, we’re balancing all that. But, for sure, Peyton is a guy we talk about regularly. I watch every game in Rochester whether it’s in person or on video and he’s a player that we’re really excited about. He’s coming along here.”

Peterka, 19, turned heads with his offensive ability during the preseason with the Sabres before beginning the season with the Amerks. He has 20 points in 23 games, including a team-leading 16 assists.

Ruotsalainen returns after opening the season in Buffalo and tallying four points (2+2) in 16 games. He had two assists in six contests with Rochester.