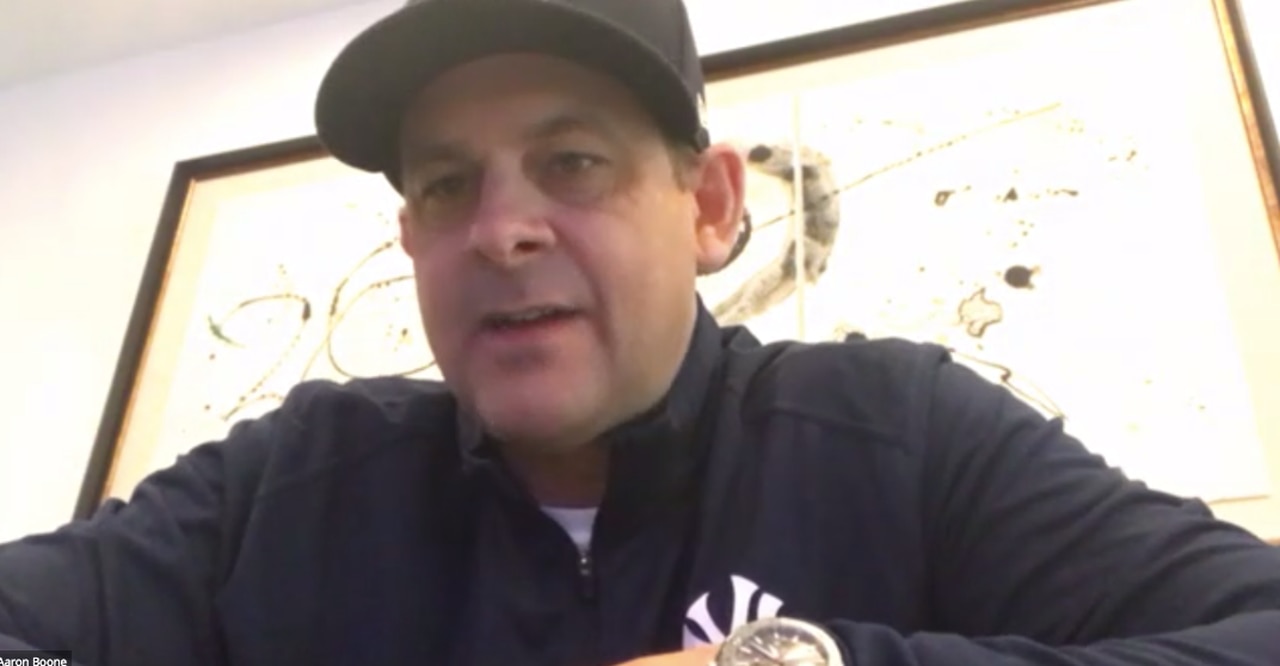 Perhaps the most difficult part of the lockout for MLB managers and coaches is not being able to communicate with players.

The Yankees have six new hires for the 2022 season, none of whom are able to contact anyone on the 40-man roster until the lockout is over.

“Obviously, that’s, especially this time where you’re adding a few new coaches, you would love to have this time for guys to really start building and diving into those relationships,” Aaron Boone told reporters on Wednesday. “Obviously without having contact — but everyone’s in the same boat, as well — so I think right now, it’s just a lot of conversations with coaches.”

Boone said he can get a pretty good idea on how some of his players feel, but can’t hear it from the players directly.

Aaron Hicks spent time in the Dominican Winter League, but Boone admitted he isn’t 100 percent sure how the outfielder feels.

Depending on when the lockout ends, lots of players’ health status could be up in the air right until the start of spring training.

“Obviously, once things are settled, you make your evaluations, and they come in and get evaluated physically and see where everybody’s at. It’s not ideal, obviously, that we can’t have that contact and know exactly what everyone’s doing, but we should get a decent idea in those early days of what we’re dealing with.”


One player Boone is able to keep tabs on is top prospect Anthony Volpe, as he is not on the Yanks’ 40-man roster.

Boone said he has seen Volpe at a few events this offseason, and aside from his baseball talent sees a “special guy” off the field and in the clubhouse.

“I remember it being a rainy, crappy day in New York where him and his family came down and they signed, and I remember hearing about all of his intangibles — ‘man, this guy’s a great leader, he makes people better around him.’ And I remember thinking to myself, ‘Alright, but this was our first-round pick, can he play?’

“Well, I think he’s shown that he can really play and obviously is somebody that we’re incredibly excited about,” said Boone. “I’ve gotten a little peek into some of those intangible things — the way he carries himself, the way he communicates, the way he talks. Obviously, there’s an incredible work ethic there. There’s this confidence with humility mixed in. I’m really excited about the player but also the person I’ve gotten to see so far.”

"There's an incredible work ethic there. There's this confidence with humility mixed in. I'm really excited about the player but also the person that I've gotten to see so far." pic.twitter.com/y8bUC86riM