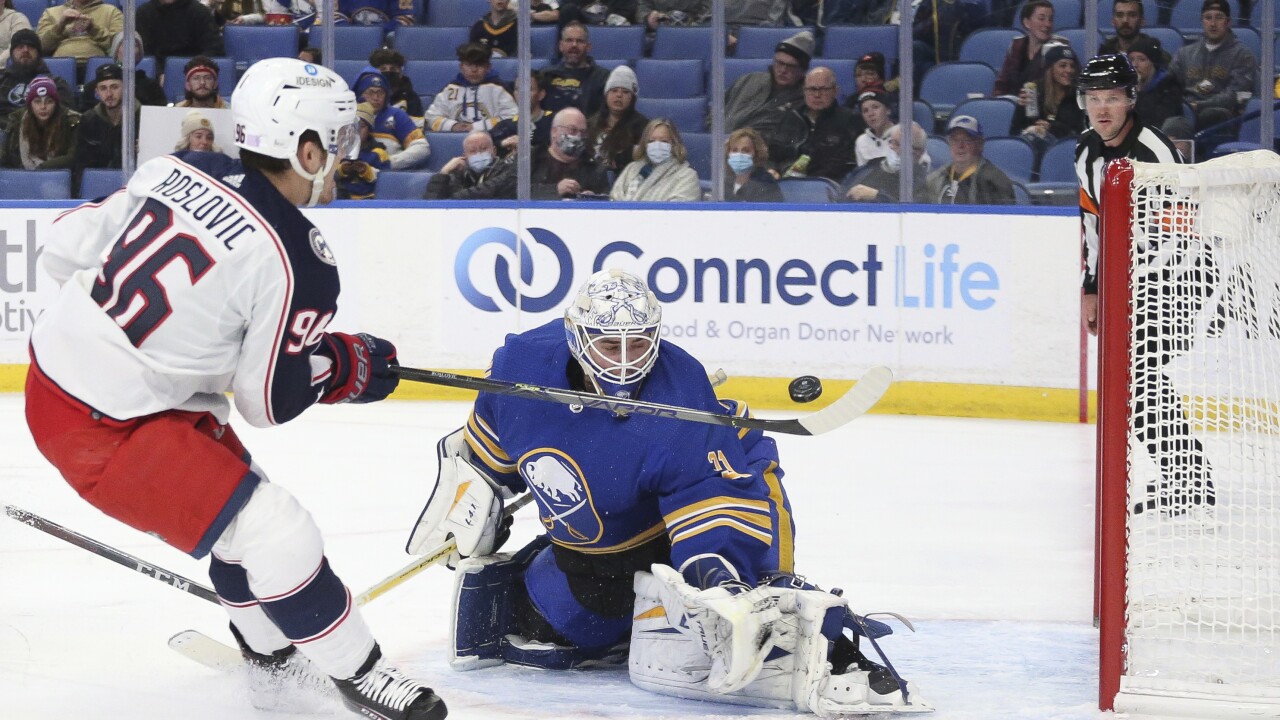 The Buffalo Sabres fell short against the Columbus Blue Jackets in yet another event-filled game for the club.

Tage Thompson recorded the first multi-goal game of his career with a pair of goals, but the Sabres fell to the Blue Jackets 7-4 at KeyBank Center on Monday.

Dustin Tokarski made eight saves on 12 shots before being replaced in net by Aaron Dell 55 seconds into the second period. Dell stopped 14 of 15 shots.

Jack Roslovic (2+1) and Max Domi (1+2) had three-point nights for the Blue Jackets. Vladislav Gavrikov also scored twice while Oliver Bjorkstrand and Sean Kuraly tallied as well. Joonas Korpisalo made 29 saves in the win.

Buffalo’s power play was 2-for-4 on the evening while the penalty kill was 3-for-3.