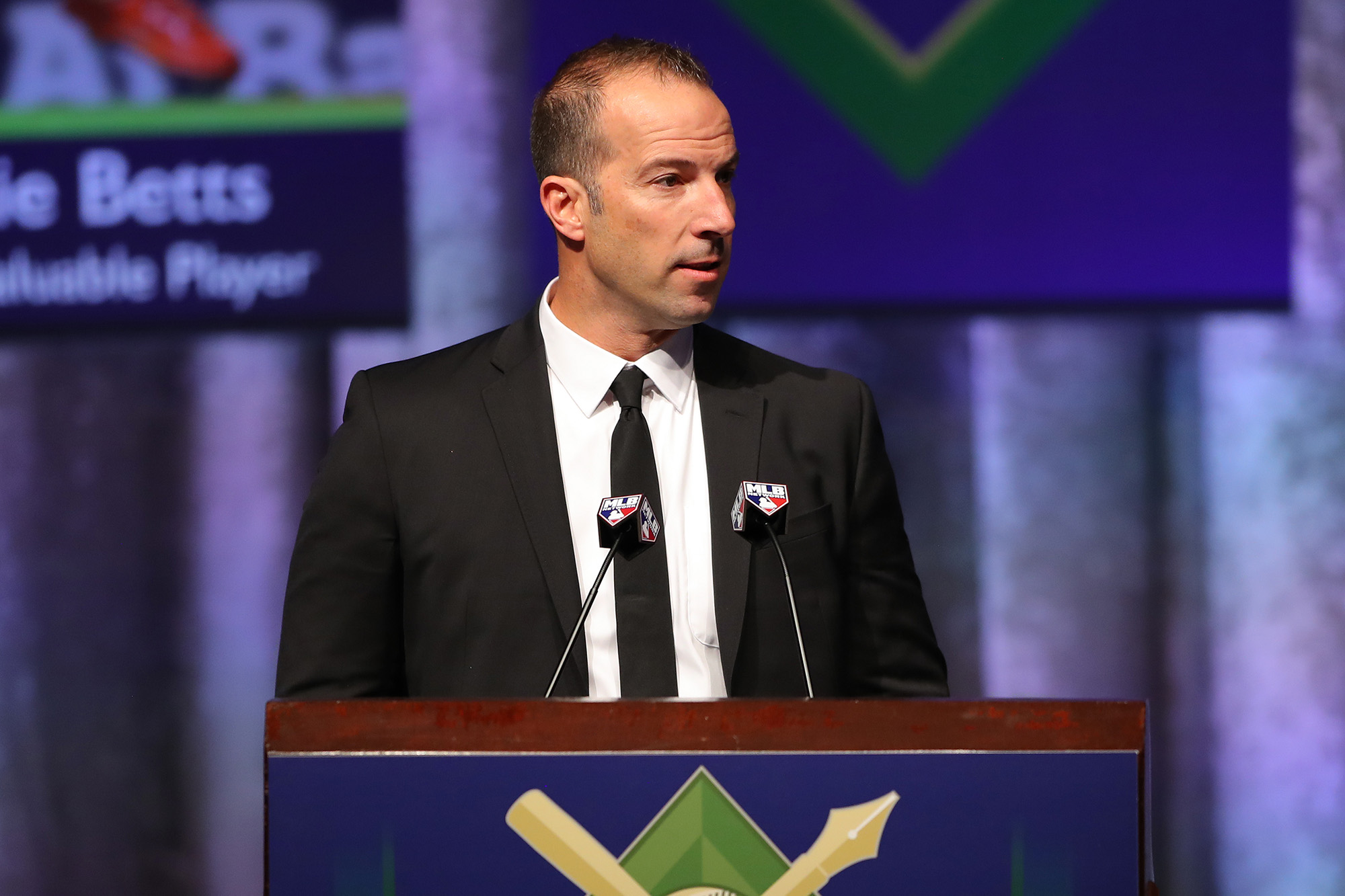 As the Mets searched for a new head of baseball operations this month, their ideal candidate blended scouting acumen with an analytical mindset and, importantly, a familiarity with the big-market atmosphere of New York City.

Billy Eppler checked those boxes for the Mets, who announced on Thursday they were signing him to a four-year deal to be their 16th GM in franchise history.

Eppler, 46, comes to the Mets from William Morris Endeavor, a relatively new talent agency that was looking to make inroads into the baseball market. But unlike former Mets GM Brodie Van Wagenen, Eppler is not a lifetime agent shifting to the other side of the negotiating table. He has spent most of his career in front offices, most prominently as Angels GM from 2015-20 and as a Yankees scout and executive from 2004-15.

“Billy has the experience, character and respect of the baseball community that will allow him to attract the players and front office talent to lead the Mets forward,” said Mets owner, chairman and CEO Steve Cohen. “He is a leader who has worked in two of baseball’s biggest markets and his talents and personality will move us closer to my goal of sustained success.”

In Anaheim, Eppler was best-known for the prominent contracts he negotiated, including his successful bid to lure Shohei Ohtani to the Angels despite an inability to outbid other teams in that pursuit. Eppler also signed Mike Trout to a record 12-year, $426.5 million extension and Anthony Rendon to a seven-year, $245 million free-agent deal. But he signed a multitude of veterans to smaller deals that did not work out for the Angels, who finished in fourth place in four of the GM’s five seasons. Eppler also hired former Mets manager Mickey Callaway as his pitching coach after the Mets fired Callaway, who subsequently lost his job with the Angels due to allegations of sexual misconduct.

Prior to his stint in Anaheim, Eppler worked as a scout, scouting director and assistant general manager for the Yankees, learning under longtime GM Brian Cashman. In baseball terms, his background is well-rounded; Eppler was prominent in the scouting community during his time with the Yankees, while he was well-regarded for his efforts to build out an analytics team during his time with the Angels.

Both markets also gave Eppler significant experience dealing with the media crush that will await him in New York.

“I’m so thankful to Steve and Sandy for what I consider an opportunity of a lifetime,” said Eppler. “We have a lot of work to do and will systematically begin to work towards our goal of building a perennial winner.”

As in the Bronx and Anaheim, Eppler will lead a Mets team with plenty of money at its disposal, under an owner — Cohen — who has stated his desire to do whatever is necessary to win. It remains to be seen, however, exactly how much autonomy Eppler will have in Flushing. Upon commencing their baseball operations search in September, the Mets intended to appoint a president of baseball ops who would then hire a GM beneath him. Current Mets president Sandy Alderson, in turn, intended to step away from the baseball side of the organization.

In recent weeks, Alderson has amended that stance, indicating that he could stay involved in baseball matters in some capacity and could still hire a president of baseball operations over the incoming GM next winter. In that sense, Eppler’s new role is not ironclad; he may have to answer to Alderson in some respects, and he may need to answer to someone else entirely in the future. It’s also unclear how much hiring and firing power Eppler will have, as he enters an organization with two prominent assistant GMs — Ian Levin and Alderson’s son, Bryn — already in place.

Regardless, the new role represents a fresh start for both Eppler and the Mets, who have sought stability in their front office since dismissing Van Wagenen in 2020. Months after that move, the Mets hired Jared Porter, whom they later dismissed over allegations of sexual misconduct. The team subsequently elevated Zack Scott to interim GM, with an eye toward making the title permanent until Scott was arrested on a DUI charge.

That led to an opening for Eppler, who has much work before him as the Mets’ fifth head of baseball operations in the last 13 months. Among Eppler’s first tasks will be hiring a new manager and sorting out the club’s offseason strategies. The Mets, who pace the Majors with 12 free agents hitting the market this month, will rely on Eppler to retool their roster in advance of a competitive run in 2022.

“[Eppler]’s smart, he hustles and has a keen eye for identifying talent. He’s going to make us better. I am really pleased that we have someone of his caliber leading the Mets,” Alderson said.