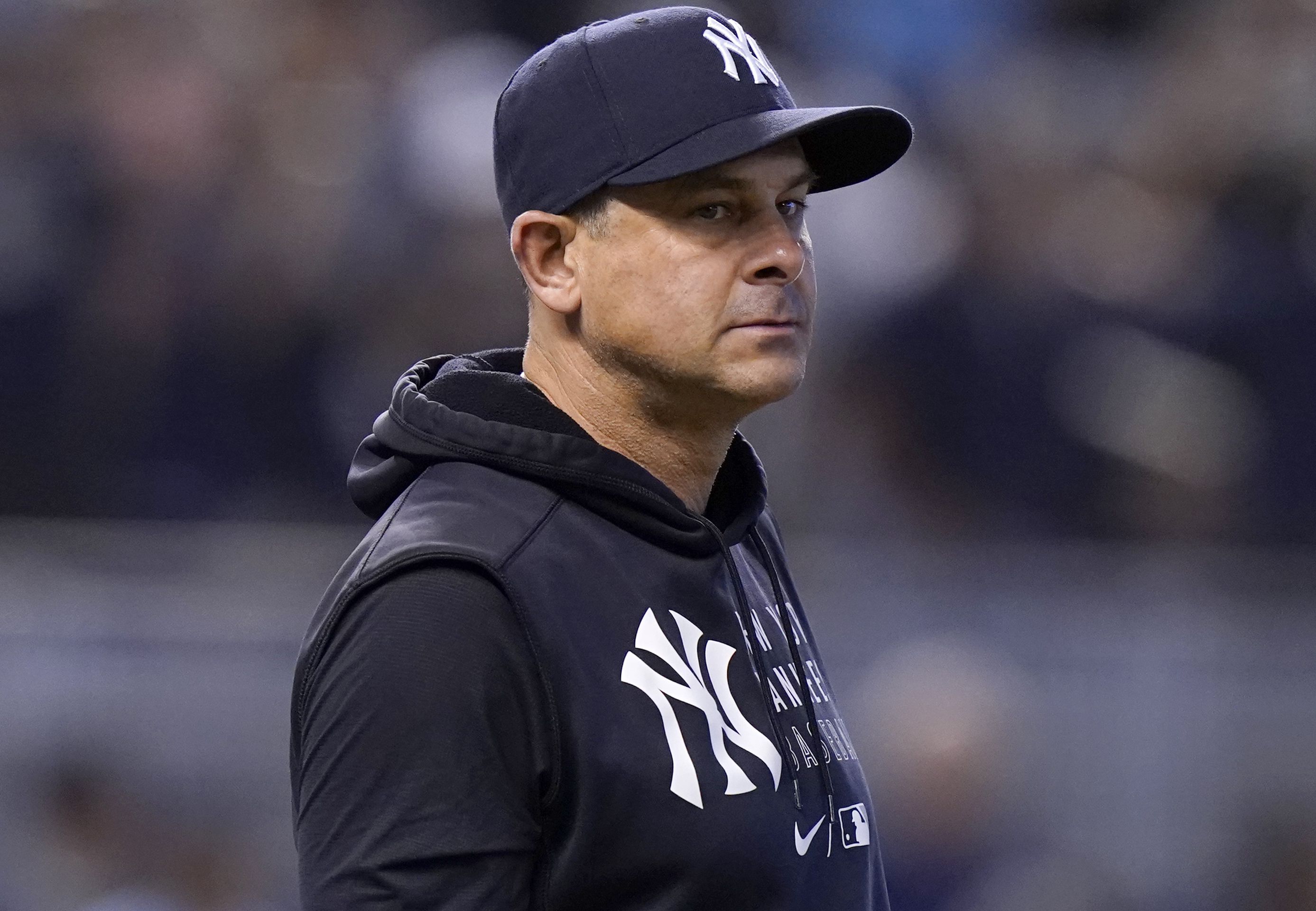 After a lengthy silence on the contract status of manager Aaron Boone, the Yankees announced Tuesday that they have signed their skipper to a three-year deal that runs through the 2024 campaign. Boone’s contract also contains a club option for the 2025 season. His prior contract had been set to expire after the World Series.

“We have a person and manager in Aaron Boone who possesses the baseball acumen and widespread respect in our clubhouse to continue to guide us forward,” owner Hal Steinbrenner said in a statement within this morning’s press release. “As a team and as an organization, we must grow, evolve and improve. We need to get better. Period. I know Aaron fully embraces our expectations of success, and I look forward to drawing on his intelligence, instincts and leadership in pursuit of our next World Series championship.”

It’s been two weeks since the Yankees’ season ended in a 6-2 loss at the hands of their archrival Red Sox. Along the way, New York parted with hitting coach Marcus Thames, third base coach Phil Nevin and assistant hitting coach P.J. Pilittere — all amid wide-ranging speculation about broader changes. Boone, however, will not only return for the 2022 campaign but on a multi-year deal that’ll keep him in the Yankees’ dugout through at least the 2024 season.

Boone, 48, was hired in the 2017-18 offseason following the departure of longtime skipper Joe Girardi. He’s spent four years at the helm in the Bronx, managing the team to a 328-218 regular-season record and reaching the postseason in all four years he’s been with the club — including a 2019 division championship. Those ’19 Yankees made it to an ALCS showdown against the Astros but fell in six games, which represents the deepest run they’ve made in Boone’s four years.

Expectations are perennially sky-high in the Bronx, and four straight years without a World Series appearance under Boone has prompted a vocal portion of the fanbase to call for a change in the dugout. Steinbrenner said back in July, however, that Boone was “absolutely” the right person to lead the team moving forward (although he also voiced confidence in the coaching staff at the same time, and there will be considerable turnover in that regard). His view apparently has not changed. Steinbrenner’s late father, George, was known for more impulsive changes, but Hal emphasized in that July press conference that he’s his own person while also pointing out that many of his father’s rash personnel changes did not pay dividends.

Boone is now under contract for a longer period of time than general manager Brian Cashman, whose previous five-year contract runs through the 2022 season. Steinbrenner has been vocally supportive of Cashman, just as he has Boone, so a new deal at some point wouldn’t register as a major surprise. That said, with a year to go on that contract, ownership needn’t feel any urgency to begin discussions.

The YES Network’s Jack Curry first reported that Boone would be returning on a new three-year contract with a club option for a fourth season.