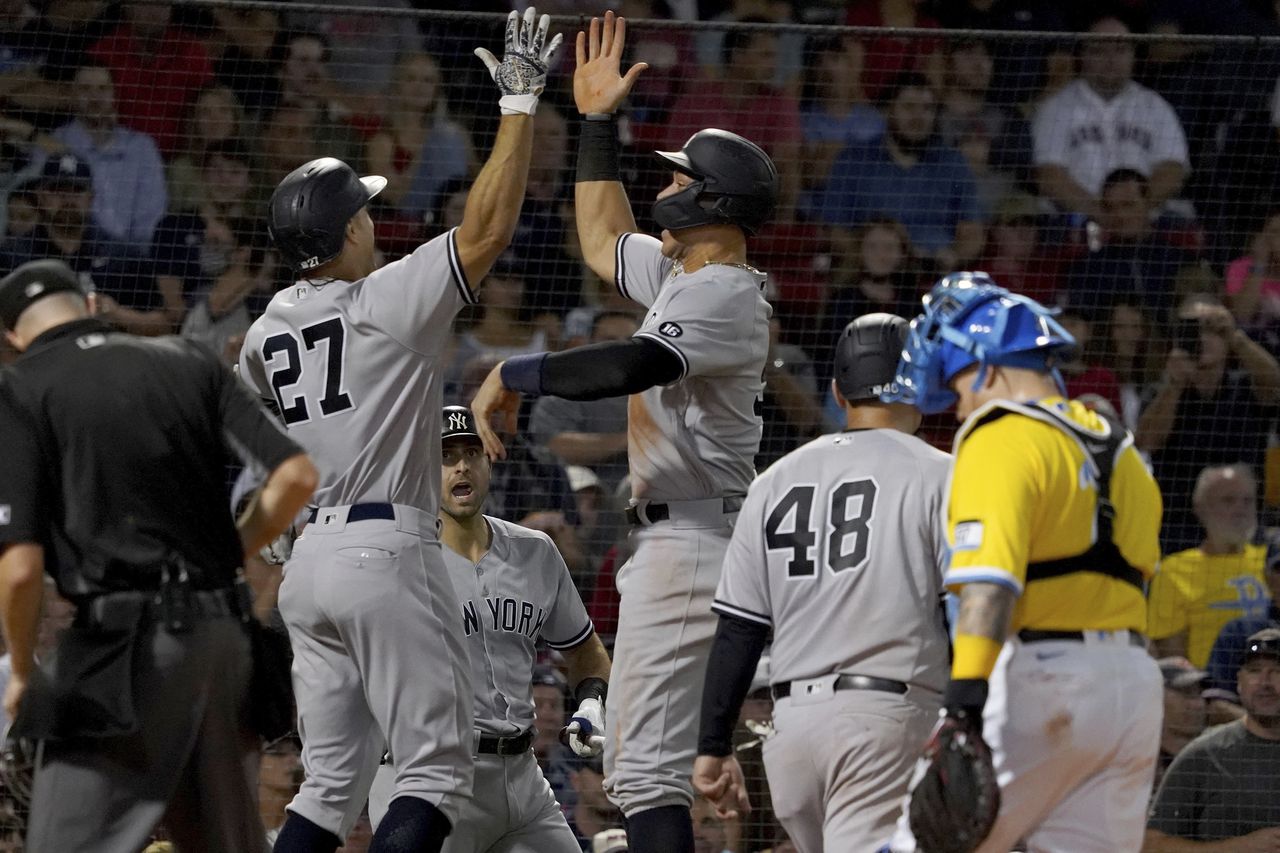 This is the most meaningful stretch of games for the 2021 Yankees, a nine-game sprint to the finish that will determine their fate as far as playoff qualification. There is comfort in having it rest in their hands, as manager Aaron Boone believes. If they win their games, their season almost certainly will continue.

Boone’s squad is one victory closer to that goal. Giancarlo Stanton mashed a three-run homer as part of a four-RBI performance, Gleyber Torres homered to continue his hot streak and Gerrit Cole hurled six solid innings in an 8-3 win over the Red Sox on Friday evening at Fenway Park.

New York opened its pivotal weekend showdown by gaining on Boston, now trailing by a game for the top American League Wild Card spot. The Yanks have not enjoyed much success at Fenway over two previous visits this year, winning just once in six tries. It was a different story early, as their big bats pounced on starter Nathan Eovaldi, hammering the right-hander for seven runs and seven hits over 2 2/3 innings.