One day after trimming the roster to 53 players, the Bills brought back 15 of them to the team’s practice squad on Wednesday. Eight of them are on offense and seven on defense.

Quarterbacks Jake Fromm and Davis Webb were both added to the squad after being released on Tuesday. They both battled for a potential third-string quarterback job, but it appears the Bills will only go with two on the active roster for now.

The full list of players kept by the Bills was released by the PR department on Twitter on Wednesday: 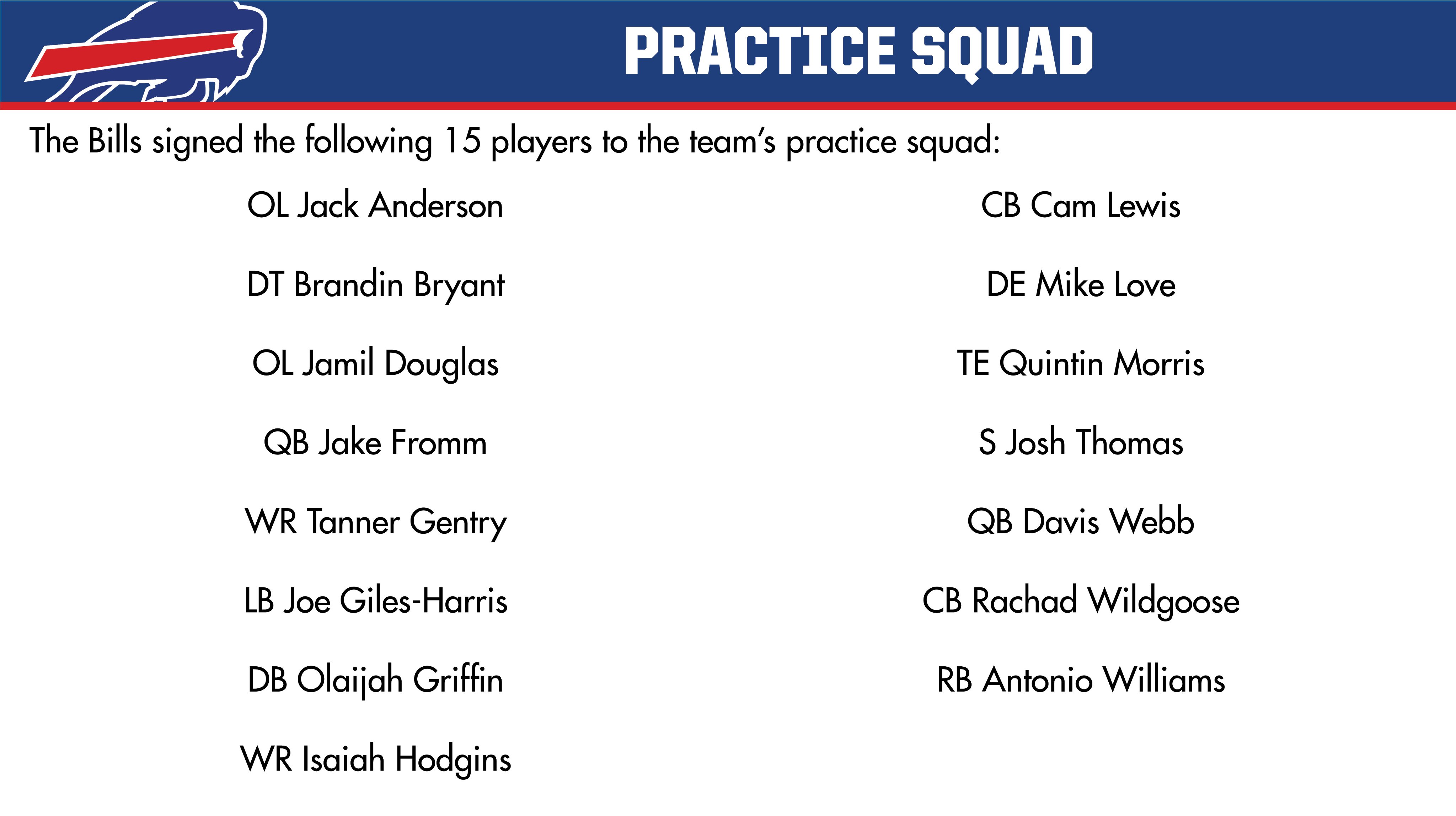 The Bills returned to practice Wednesday and will play the Pittsburgh Steelers in week one of the regular season on Sunday, September 12th at 1 p.m.