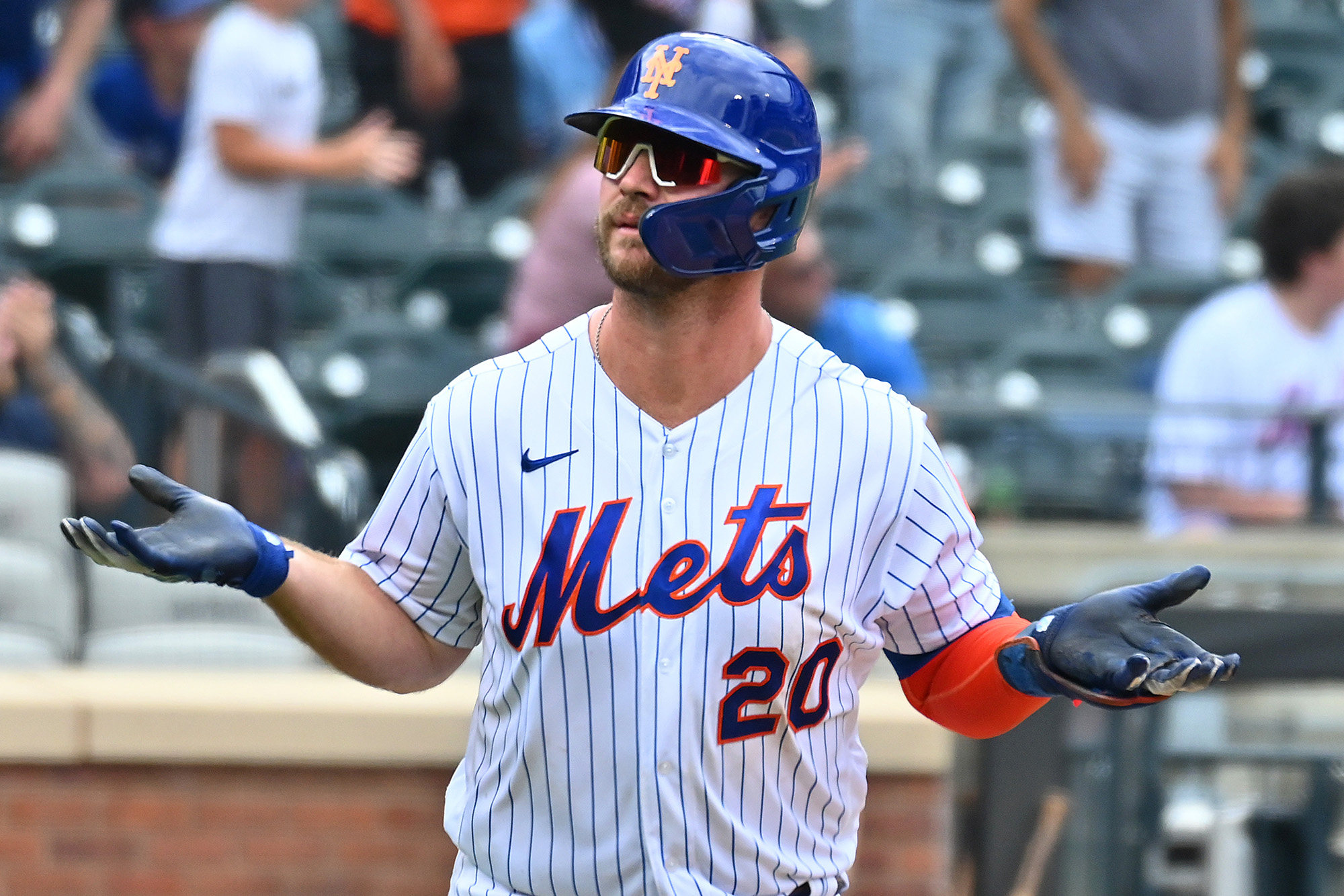 Pete Alonso generally scoffs at the notion that the Home Run Derby could affect his swing for the worse, and the prevailing evidence is on his side — so much so, in fact, that the better question might be this: did the Derby actually help Alonso?

There’s little question Alonso has caught fire since winning his second consecutive Derby earlier this month, helping the Mets maintain their first-place standing in the National League East for an 11th consecutive week. After Alonso tied Sunday’s game with a two-run homer — his fifth in nine games since the All-Star break — in the sixth inning, Jeff McNeil hit a pinch-hit, two-run double to give the Mets the lead for good in their 5-4 win over the Blue Jays at Citi Field.

The four-run rally took Rich Hill off the hook for a loss in his Mets debut, after the left-hander caved for three runs in the top of the sixth. Seth Lugo, who allowed all three runs to score after Hill loaded the bases with no outs, earned the win in relief, and Edwin Díaz nailed down the save. But none of it turned the game’s narrative as quickly as Alonso’s homer.

“When Pete comes up in that situation, I’m beginning to expect a home run there,” McNeil said.

As an MLB.com study earlier this month explained, the idea that the Derby can harm hitters’ swings is largely a myth. While a few examples of that phenomenon have popped up over the years, those likely had roots in other issues. Most sluggers don’t suffer any adverse effects from the Derby; before participating in this year’s event, Nationals outfielder Juan Soto went so far as to hypothesize that it could help him correct a swing imperfection that had resulted in the highest first-half ground-ball rate of his career. As predicted, Soto — like Alonso — has been scorching since the break, with six home runs of his own.

Of greater issue is long-term fatigue. Alonso estimated that between warm-ups, practice swings and the Derby itself, he took 600-700 cuts during his first experience back in 2019. A brief period of concern followed, as Alonso stumbled out to a 1-for-17 stretch with 10 strikeouts immediately following the break. Then he homered three times in four games, and all was well again. Alonso finished with an .889 OPS over his final 68 games, bashing a Major League rookie record 53 homers in the process.

This year, Alonso hasn’t struggled at all out of the break, hitting safely in all nine games he’s played since the Derby. That has included five home runs and 10 RBIs, all but two of them in contests the Mets have won.

“I don’t know if the Derby played a role in it,” manager Luis Rojas said, “but he’s definitely very confident right now.”

Alonso departed Citi Field without addressing the media, leaving others to wonder how the Derby may or may not have factored into his success. But he certainly spoke loudly with his actions during the game.