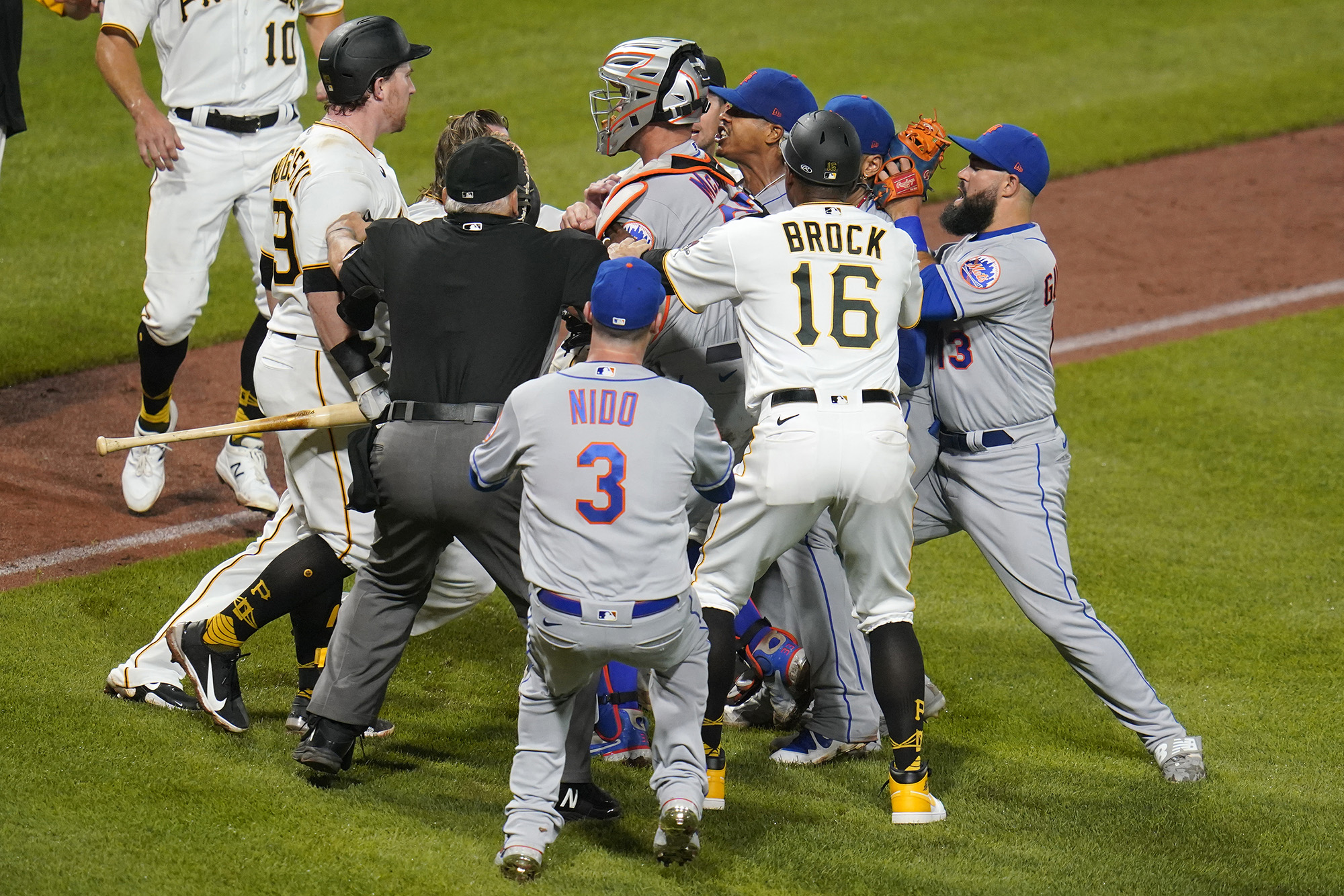 The Mets managed just three hits and went 0-12 with runners in scoring position in their 4-1 loss to the Pittsburgh Pirates on Friday night.

Marcus Stroman allowed back-to-back singles to start the bottom of the second inning, and after a line-out, Kevin Newman singled to load the bases. The game then went into a rain delay for 39 minutes.

Stroman struck out opposing pitcher Chad Kuhl looking for the second out. Adam Frazier delivered an opposite field hit to give the Pirates a 2-0 lead. Stroman got out of a bases load jam to end the inning, striking out Bryan Reynolds.

With runners on the corners and one out, Jonathan Villar hit a slow ground out to short, allowing Pete Alonso to score and make it a 2-1 game. James McCann couldn’t get the tying run from second across the plate, grounding out to end the inning.

In the fifth inning, Francisco Lindor grimaced and reached for his side after hitting a ground out to first, as he barely ran down the line. He would head to the dugout and then into the tunnel with a trainer. Lindor left the game and was replaced at short by Luis Guillorme.

Stroman got John Nogowski to line out to end the bottom of the fifth, but then the two started yelling at each other along the first base line. Benches cleared and the bullpens soon joined in, as umpires had to separate the teams. Stroman appeared to bend over in discomfort, but then sprinted into the dugout.

Stroman did not head back out to pitch the sixth inning, as he allowed two earned runs on eight hits with three strikeouts and no walks over 5.0 IP and 92 pitches.

Reliever Drew Smith replaced Stroman and allowed a solo home run to Wilmer Difo, giving the Pirates a 3-1 lead in the sixth.

J.D. Davis came in to pinch-hit for Smith in the top of the seventh, but struck out in his first at-bat since May 1. Jeurys Familia let up a solo homer to Reynolds with one out in the bottom of the seventh, as the Pirates took a 4-1 lead.