Everyone enjoys a good fireworks display, BUT in the village amongst neighbors, nearby residences and the many pets in a neighborhood may not. Many village residents had negatives experiences due to the debris in pools, on decks and roofs, their pets anxiety due to explosions from neighbors use of ILLGEAL firework displays. Last year during the Fourth of July weekend due to illegal fireworks and their improper use, disposal and fireworks there were fires in garbage totes, vehicles and buildings resulting in damage.

The use of legal fireworks should be limited to adults over the age of 18, in outdoor areas away from buildings or flammable items, on a solid surface to prevent tipping, NOT in yards or fields where sparks may ignite a fire. After a firework is completed or does NOT ignite, place in a bucket of water to ensure it cannot start a fire when disposed of. DO NOT placed ANY fireworks, used or unused fireworks in fires or firepits as any unused powder may ignite.

With the yearly pop up of fireworks tents throughout the village and upcoming Fourth of July weekend, a reminder to use New York legal fireworks only. New York LEGAL fireworks are basic ground sparkling devices from cones or tubes, no aerial display or explosions. Not all fireworks in New York State are legal, a quick reminder is that any firework that shoots up into the sky, emits a display and or has explosion or is a sparkler on a metal wire is ILLEGAL. The possession, use of illegal fireworks in New York and within the village can result in the arrest, fine or jail time. Enjoy a safe and legal firework Fourth of July! 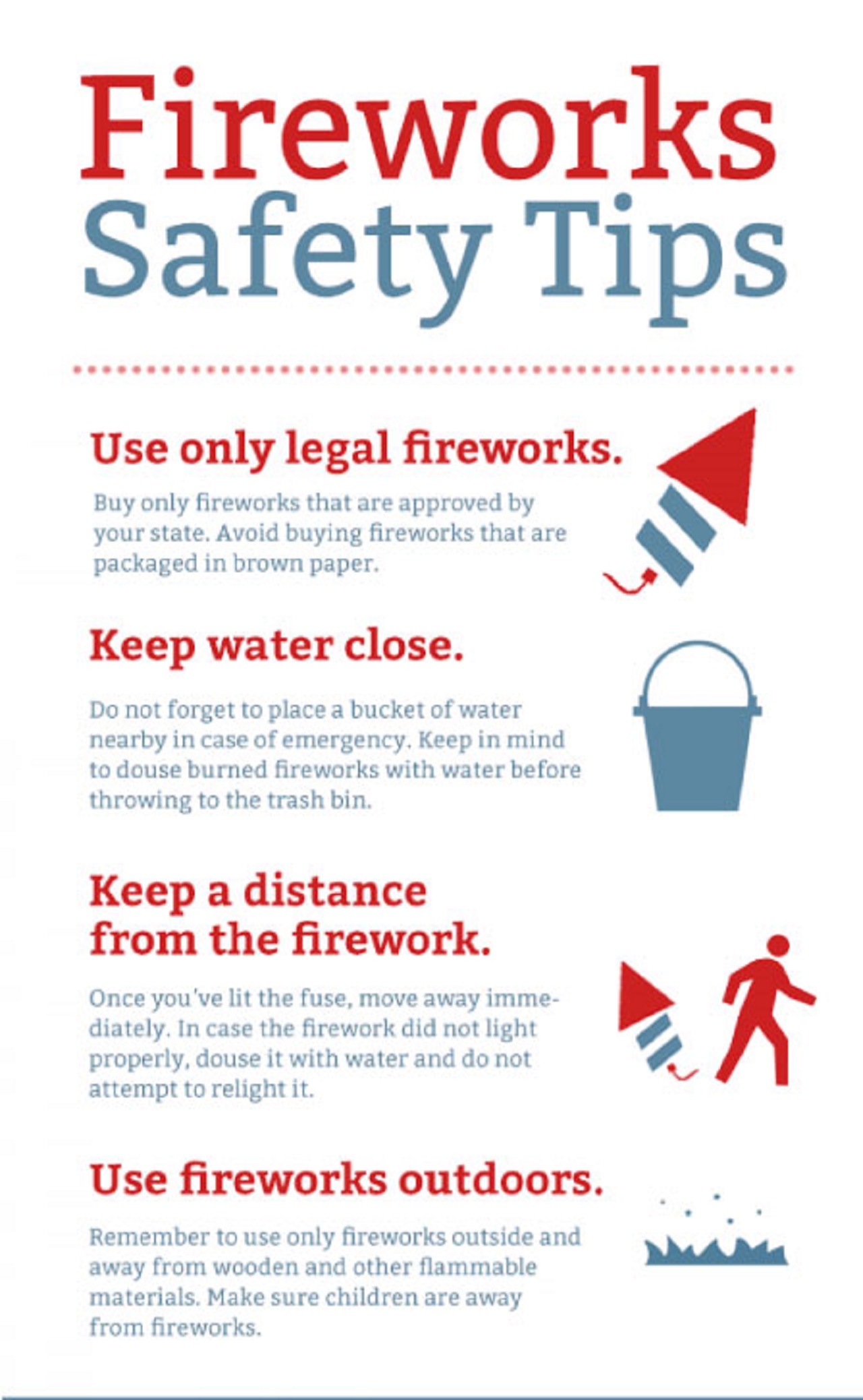