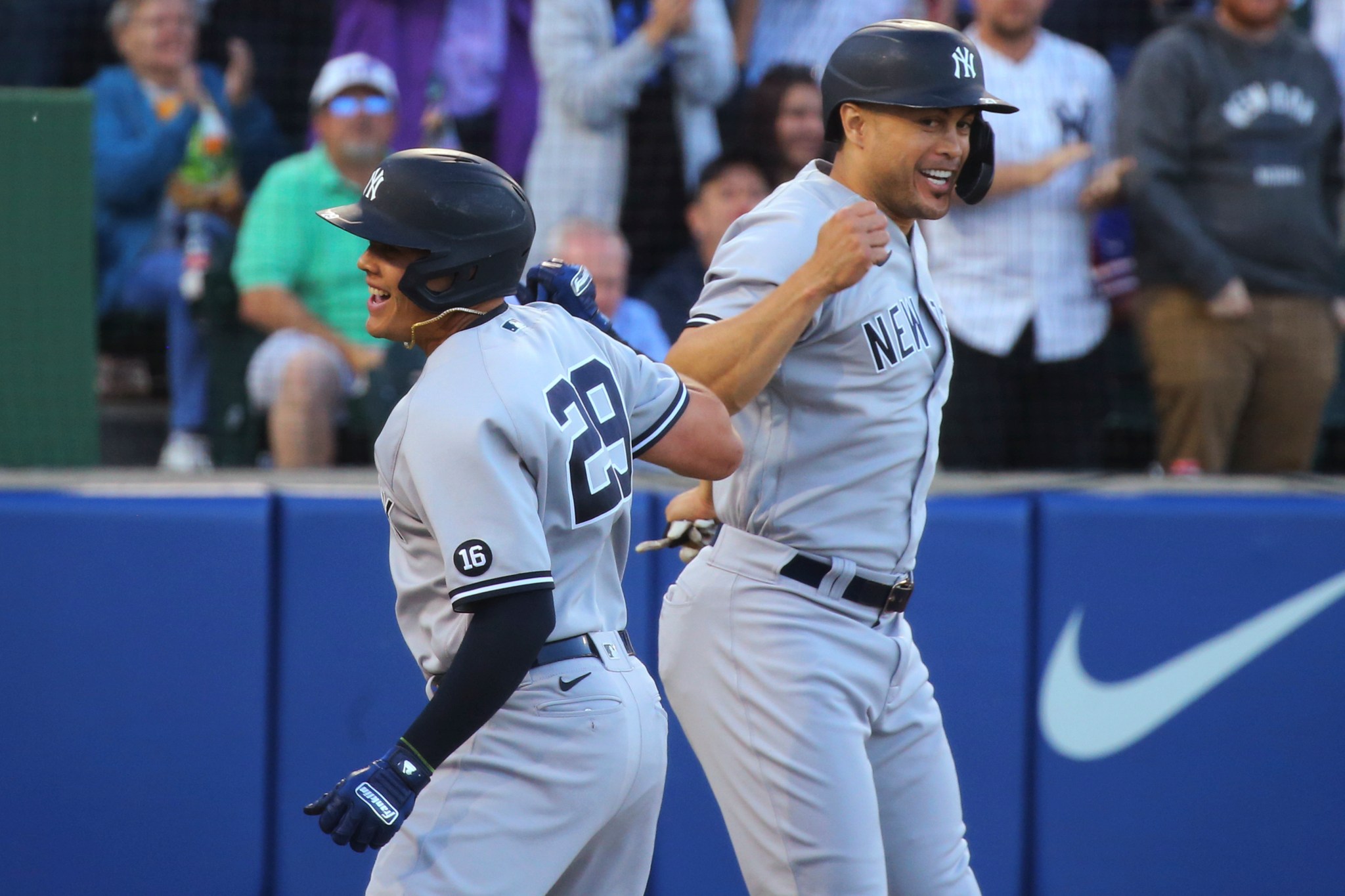 Giancarlo Stanton was just trying to fight off a 94.2 mph fastball from Blue Jays reliever Anthony Castro on the third pitch of his seventh-inning at-bat. But for a 6-foot-6 and 245-pound mountain of a man, any contact has a tendency to carry.

With an exit velocity of 104 mph according to Statcast, Stanton’s hit landed an estimated 352 feet away — over the wall in right field. The go-ahead two-run homer pushed the Yankees to an 8-4 win and a series sweep of the Blue Jays on Thursday at Sahlen Field.

The Yanks have lived and died by the home run this season, but their defense is what put them in position to claim their third sweep out of eight opportunities. It started with a 1-3-6-2-5-6 triple play — the first in baseball history — to escape a two-on, no-out jam to keep the game scoreless in the opening frame.

And in the inning before Stanton’s smash, his slugging partner Aaron Judge showed off his glove in right with one of the most impressive home run robberies of the season. Judge tracked a fly ball off the bat of Cavan Biggio all the way to the wall, then used all of his 6-foot-7 frame to make a leaping catch and pull the ball back with surprising ease, keeping it a one-run game.