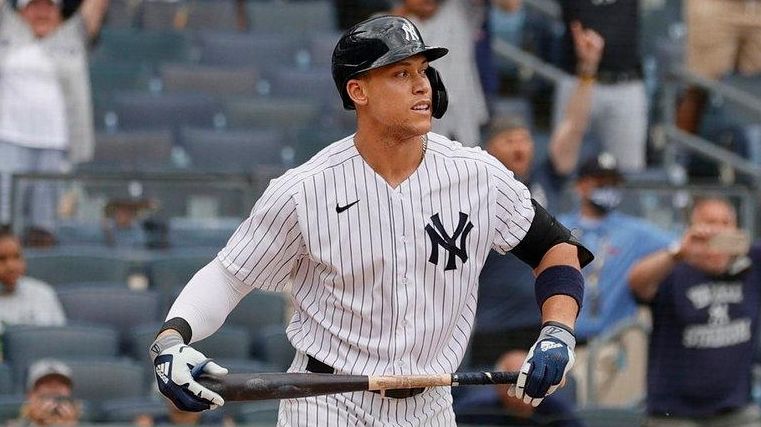 Aaron Judge worked a bases-loaded walk to force home the deciding run as the Yankees celebrated their fourth walk-off victory of the year, extending their winning streak to a season-high six games with a 5-4 win over the White Sox on Sunday afternoon at Yankee Stadium.

Showing patience, Judge looked at a 3-1 Liam Hendriks fastball high and out of the strike zone, allowing Clint Frazier to trot in with the winning run. The rally came after closer Aroldis Chapman allowed his first earned run of the year in the top half of the ninth on Andrew Vaughn’s opposite-field, pinch-hit homer.

Gleyber Torres and Frazier each stroked three hits for the Yanks, who received five sharp frames from starter Jameson Taillon. Continuing a stretch that began with Corey Kluber’s no-hitter, Yanks starters are one out shy of their longest scoreless streak since April 2002 (35 1/3 innings).

Taillon scattered two hits, issued two walks and struck out four in the 80-pitch effort. He was backed early by Torres, who laced a two-out, two-run single off Dallas Keuchel in the first inning. Torres later added another hit and is 11-for-18 with eight RBIs in five games since being activated from the injured list.

New York’s third run scored in the fifth, as Gio Urshela bounced into a bases-loaded double play. Left-hander Wandy Peralta allowed a two-run homer to José Abreu in the sixth. Yasmani Grandal clipped a solo shot just over the right-field wall facing Chad Green in the seventh, eluding the grasp of a leaping Frazier.