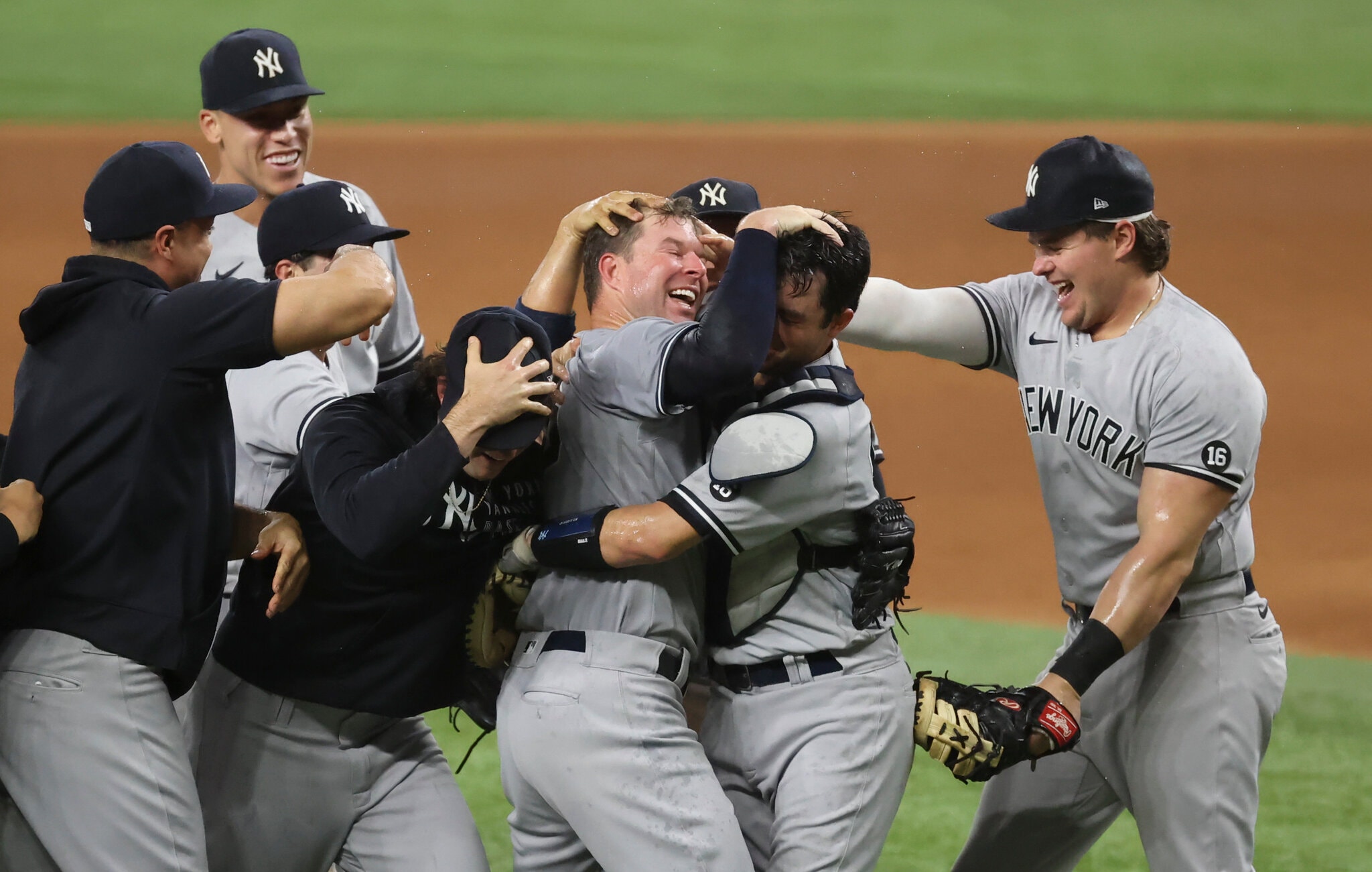 The last time Corey Kluber went to work at Globe Life Field was the only time he went to work as a Texas Ranger. Kluber pitched one scoreless inning last July, donning a powder blue uniform for his new team. He left prematurely due to tightness in his throwing shoulder, which proved to be a season-ending Grade 2 tear of his teres major muscle.

In his return to Texas, and in some ways his return to prominence, Kluber’s comeback season got an early exclamation point. The two-time American League Cy Young winner threw the Yankees’ first no-hitter since 1999 in a 2-0 win over the Rangers on Wednesday night.

“I think it’s all kinds of emotions,” Kluber said on the field after the game. “It’s excitement, you know, probably some relief, too, that it’s over with.”

A four-pitch walk to Charlie Culberson in the third inning was Kluber’s only blemish. He looked at ease all night, and in one instance, he was even spotted laughing with batterymate Kyle Higashioka in the dugout between innings.

“Higgy was unbelievable back there tonight,” Kluber said. “I think we kept them off balance pretty much the entire game. I made a couple pitches that probably weren’t where we wanted them, but we were fortunate enough that they hit them right at some people.”

It was the sixth no-hitter in the Majors this season and the second in two nights, after the Tigers’ Spencer Turnbull did it against the Mariners in Seattle on Tuesday night. It was the second time the Rangers had been no-hit this season, with Joe Musgrove of the Padres turning the trick on April 9 in Arlington.

The last Yankees no-hitter had been David Cone’s 6-0 perfect game against the Montreal Expos on July 18, 1999, at Yankee Stadium.

The Yankees have now thrown 12 no-hitters in their history, ranking 12th on the all-time list.

A no-no in Texas!

kluber showing a lot of emotion after throwing a no-hitter pic.twitter.com/nQUjLXehnq

For the first time since 1999, a Yankee has thrown a no-hitter! pic.twitter.com/Ed71q8VeT1

It's the first time there have been 2 no-hitters within a 2 day span since Fernando Valenzuela and Dave Stewart each threw a no-hitter on June 29, 1990. pic.twitter.com/5rjdQO8JkQ

Absolute pitching clinic tonight by Kluber and Higgy!! What a night. What a moment. pic.twitter.com/tVOoNXgPFX

Kluber and Higashioka came out of the clubhouse to take a picture together on the mound pic.twitter.com/xWQzp7MvvM