Syracuse men’s lacrosse will open up NCAA Tournament against Georgetown 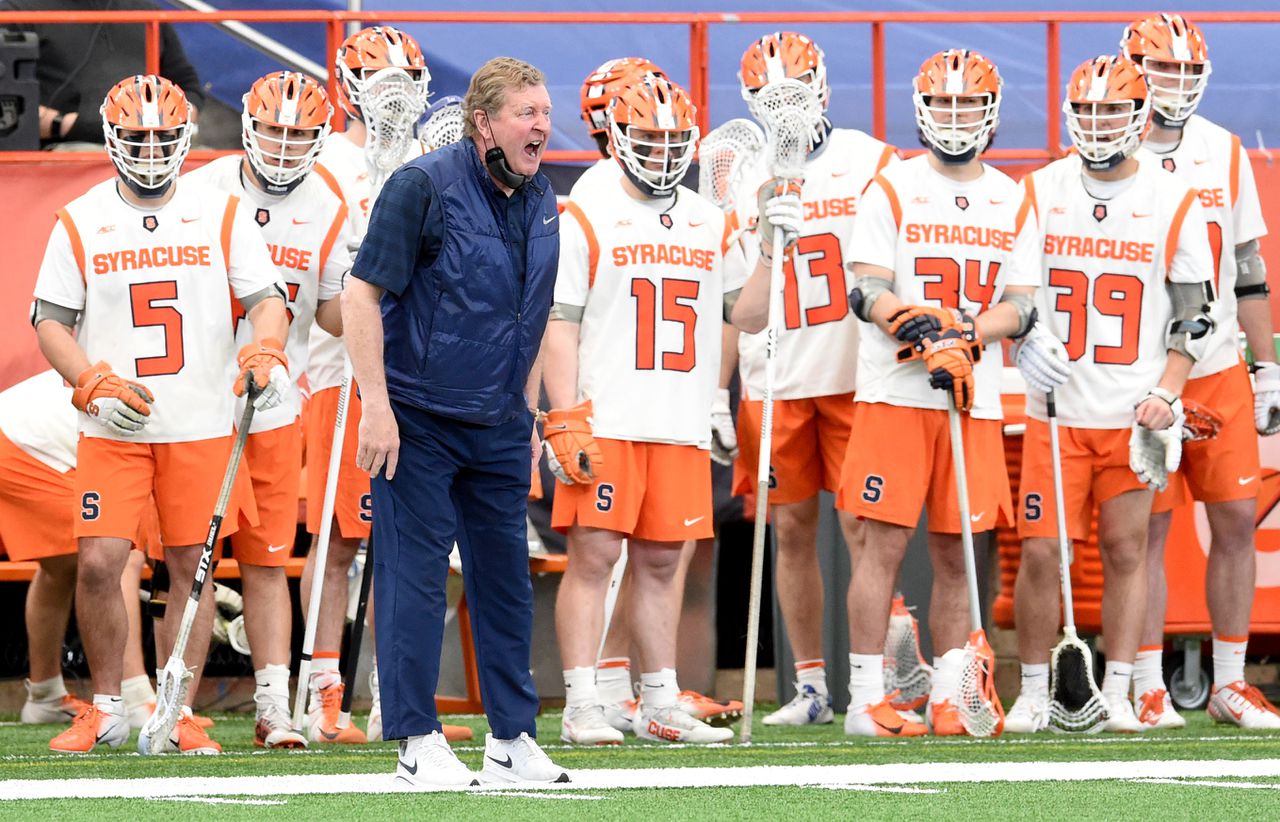 Syracuse will face Georgetown in the first round of the NCAA on Saturday night. pic.twitter.com/cnRDQ0fYQu

The Hoyas, champion of the Big East, come in at 12-2 while unseeded SU is 7-5. The winner of that contest advances to a quarterfinal game against the winner of the No. 4 Virginia-Bryant opening-round matchup.

Syracuse enters the tournament coming off Friday’s win over Robert Morris. The Orange will be looking to the tournament to atone for a disappointing regular season that followed a 2020 slate in which the team was 5-0 and ranked No. 1 when the rest of the schedule was canceled by Covid.

Orange coach John Desko is 34-14 in the NCAA Tournament, a victory total that’s tied for third all-time. His .708 tournament winning percentage is second among active Division I coaches.