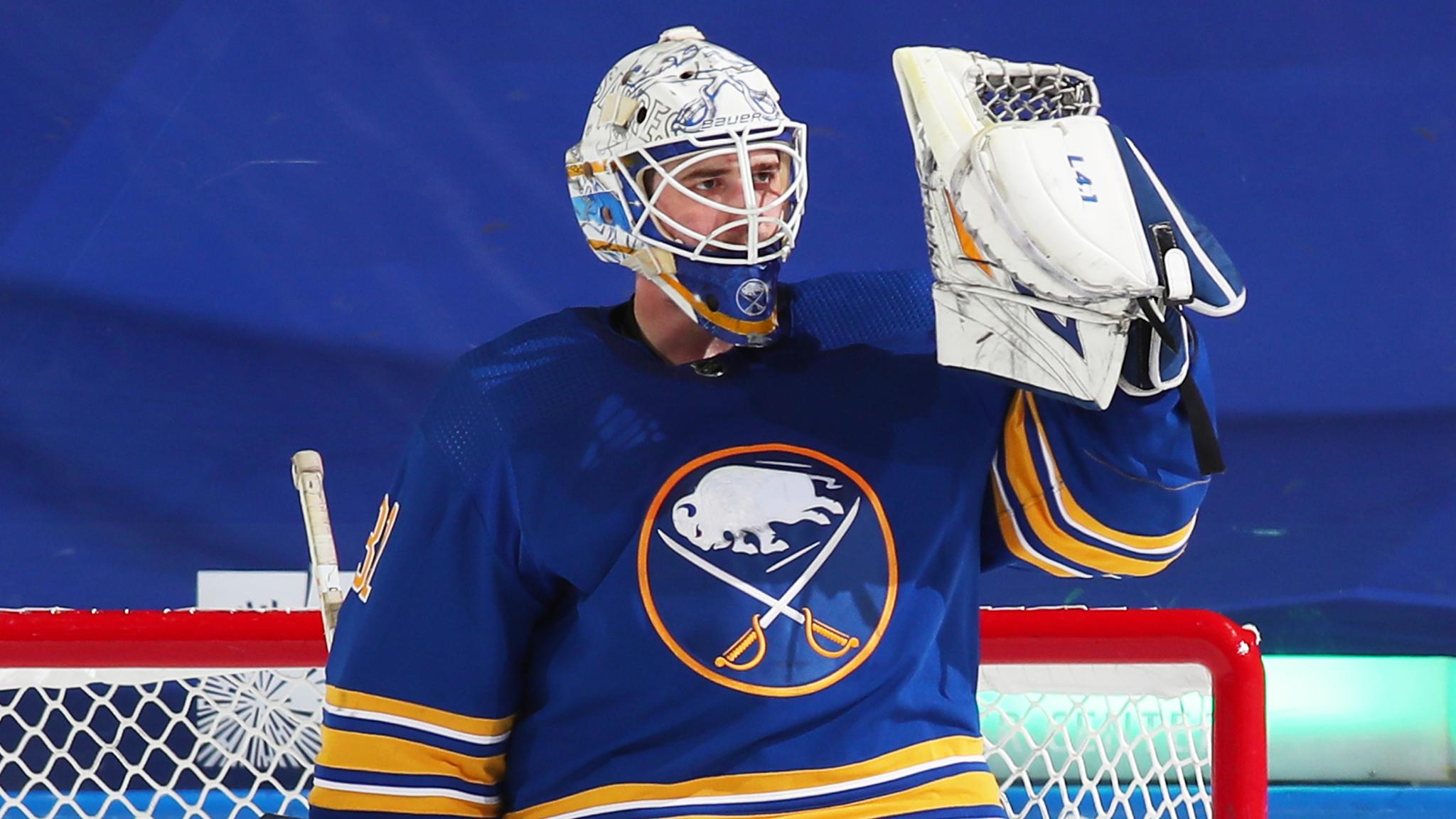 Buffalo Sabres goaltender Dustin Tokarski is the team’s nominee for the 2020-21 Masterton Trophy, the Professional Hockey Writers’ Association and the NHL announced Monday.

The Bill Masterton Memorial Trophy, awarded annually under the trusteeship of the PHWA, is given “to the National Hockey League player who best exemplifies the qualities of perseverance, sportsmanship, and dedication to hockey.”

A nominee is selected from each team, and the winner is selected in a poll of all chapters of the PHWA at the end of the regular season.

Tokarski, 31, last appeared in the NHL in 2016-17 prior to signing with Buffalo in November. With the Sabres, he went 2-8-2 in 13 games this season with a .904 save percentage and a 3.54 goals-against average while filling in for injured goaltenders Linus Ullmark and Carter Hutton. On April 13, he earned his first NHL victory since December 12, 2015 when he was with the Montreal Canadiens.

The two-time Calder Cup champion was named the NHL’s 1st Star of the Week for the week ending April 18. Tokarski made a league-best 128 saves on 137 shots with a 2.27 goals-against average and a .934 save percentage to help the Sabres go 2-1-1 against three of the top four teams in the East Division during that stretch.

Two Buffalo Sabres have been honored as Masterton Trophy winners since the trophy was first awarded in 1968: Don Luce (1975) and Pat LaFontaine (1995).