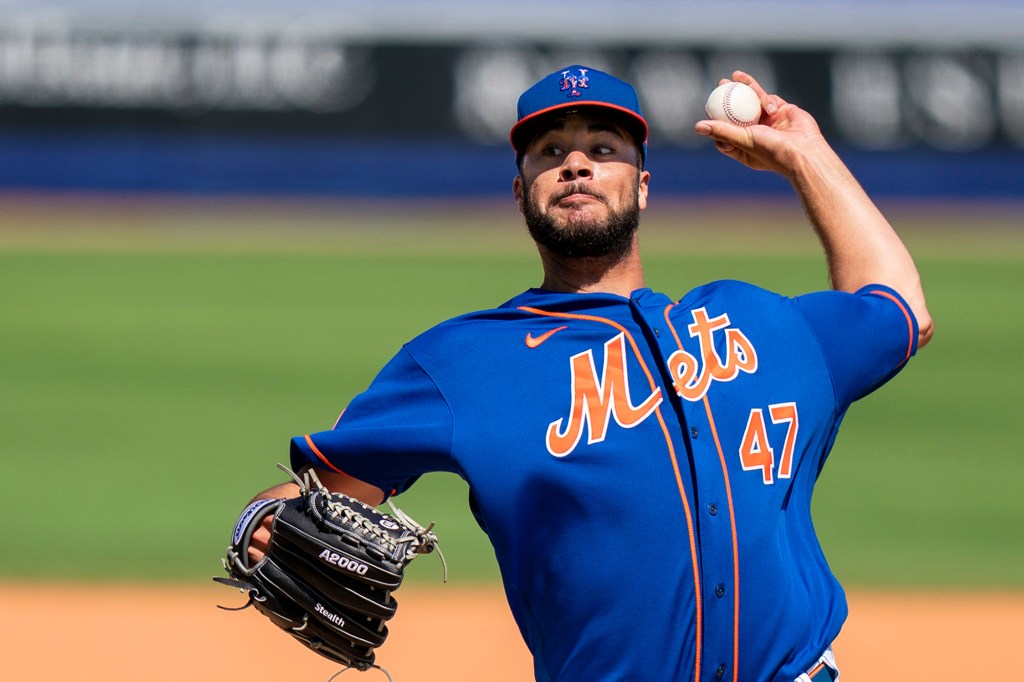 The Mets optioned Joey Lucchesi to the Alternate Training Site before Friday night’s game and called up left-handed reliever Stephen Tarpley to take his place on the roster, the team announced.

Lucchesi started on Thursday night against the Cubs in Chicago in what was his second start of the season after making one relief appearance.

The Mets have two off days next week (Monday and Thursday), which means they will not need a No. 5 starter during their next turn through the rotation.

With Lucchesi’s demotion and what seems to be the Mets’ plan to use four starters for now, it’s fair to believe that Jacob deGrom will pitch on regular rest on Wednesday against the Boston Red Sox.

The Mets optioning Lucchesi could also be a sign that Carlos Carrasco is close to returning from his hamstring injury, though there is also the possibility that Lucchesi is being sent down to stay stretched out to start.

New York cannot call Lucchesi back up for at least 10 days unless he replaces a player who is placed on the IL.