Hundreds signed a petition opposing plans in the village of Waterloo to create ‘glamping’ spaces on the west end of Oak Island.

The New York Power Authority proposed a pilot program to allow upscale camping– otherwise known as glamping- at the western part of the island.

The Village Board approved it, and officials noted that some tree trimming would be necessary. They said at the time- in early-March- that the whole process should go smoothly. Additional meetings were planned before the ‘glamping’ program launched.

After the approval, a petition was launched opposing the entire plan.

“Under the current proposal the village would cede the western part of the village park where fishing access and nature trails exist to the NYS canal corporation for the purpose of creating a campground. This would remove roughly a third of the public park from public use. The two park pavilions would also potentially be subject to shared use between the public and the campground patrons,” a Change.org petition reads. As of Wednesday morning it had more than 700 signatures. “The canal corporation already owns the land across the river where the lock exists, they could very well pursue this undertaking there.”

It’s unclear what steps the Village may take in response to the petition. Click here to read and see the petition on Change.org. 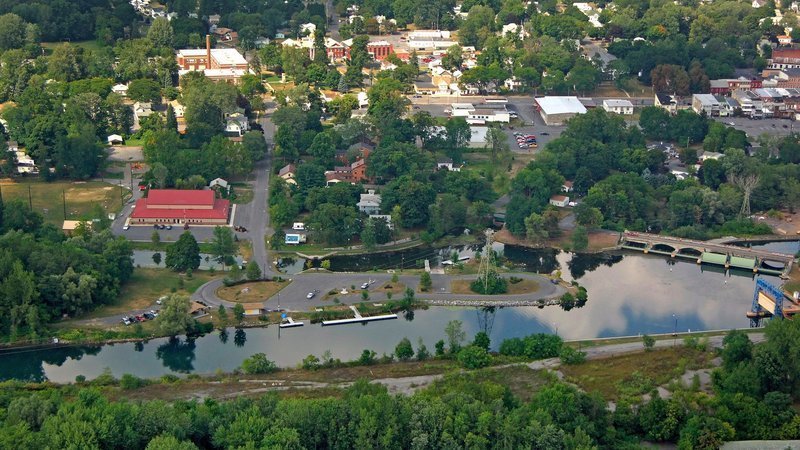 Overview of Oak Island in Waterloo, NY via Change.org.