Officials in Seneca County say that despite setbacks created by the coronavirus pandemic they are ready and optimistic for what’s to come in 2021 at Sampson Veterans Memorial Cemetery.

Days before the coronavirus pandemic shut the state’s economy down, Gov. Andrew Cuomo announced the members of the committee that would oversee plans to create the first New York State Veterans Cemetery. The Committee was led by Ret. U.S. Army Colonel Jim McDonough, director of the New York State Division of Veterans’ Services.

The goal of that committee was simple: Select a site for the cemetery.

Sampson Memorial Cemetery was viewed as an immediate front-runner. Sampson Cemetery Director William Yale says that the facility has been run with federal standards in mind, so choosing an established cemetery makes more sense. The facility also has the space to operate for more than 100 years without running out of real estate.

“I think that 2021 looks very promising,” Yale said over the weekend. “I think New York State is ready to look at this seriously. From day one we have positioned ourselves to answer the call; and in the last nine-and-a-half years, we’ve always adhered to national cemetery guidelines, regulations, eligibilities, and all of those things.”

He says Sampson has been prepared for a long time to serve this way. And the community has been widely supportive of that effort.

“We’ve been adding infrastructure to make us look a lot better than we did at the beginning, but as far as how we operate and keep records – we’ve been ready for years,” Yale continued. He says that choosing Sampson is a ‘no brainer’, especially in the Veteran community. “Although we have veteran cemeteries across the country, many of our national cemeteries have a history of boots on the ground, and that means something to them,” he explained. “I’ve completed a lot of burials in the nine-and-a-half years I’ve been here, from all around the country, but the connection veterans have to this place – the Navy was here, the Air Force was here, and the Army was just across the street basically. It’s such a historic area for veterans, and to use the land for something as respectful and honoring as this – everyone – including the public love this idea.” 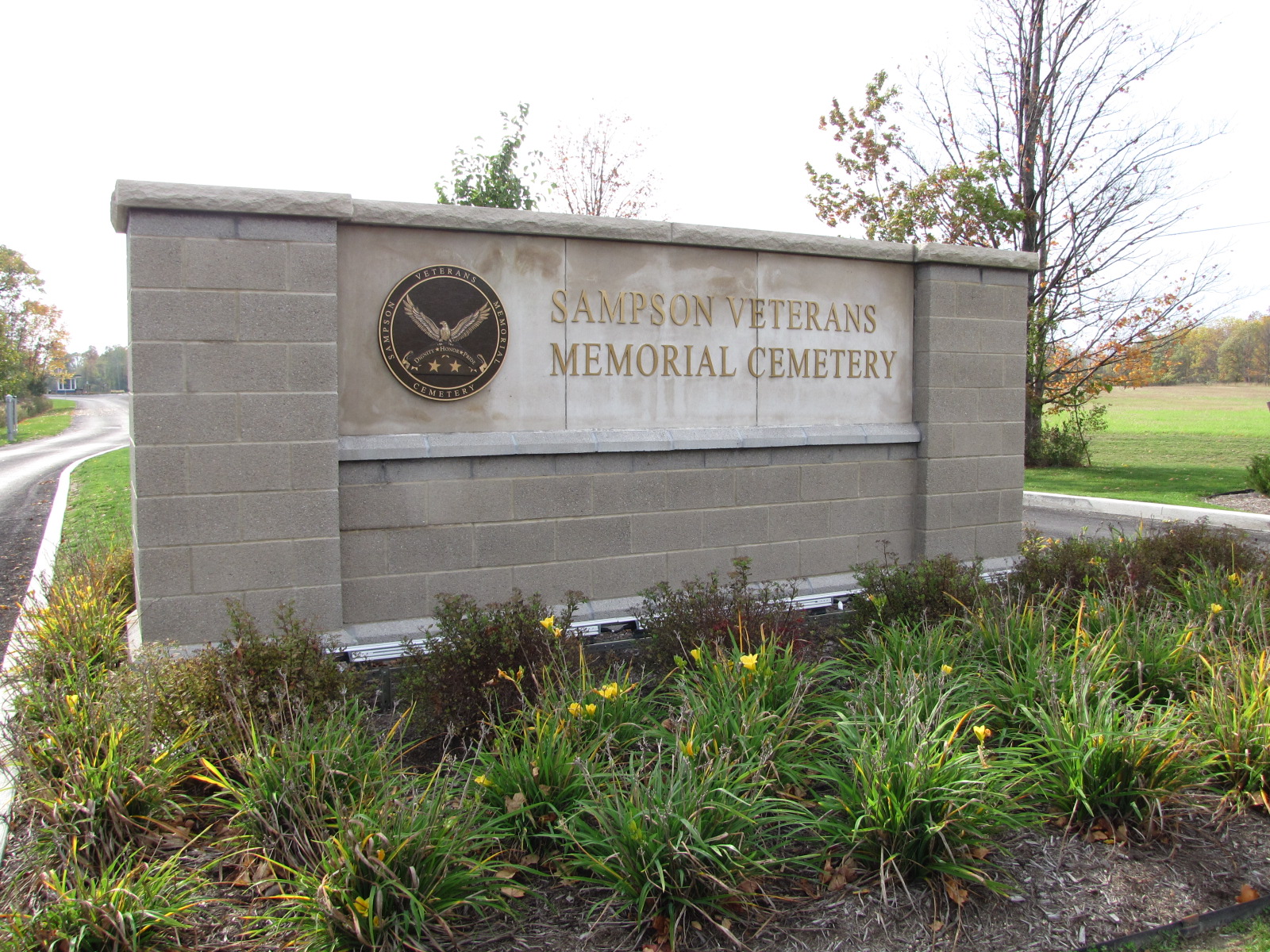 Seneca County Manager Mitch Rowe says that the committee to advocate for Sampson, which was formed before the process began – led by former Sen. Mike Nozzolio – composed of representatives from local American Legion, VFW, and other veterans entities has been a big help. That said, the initial burst of excitement, which dissipated into uncertainty around the pandemic and the state’s finances is making a comeback. “It’s been a little frustrating,” Rowe said. “But the excitement, the legislation that’s now been introduced, and other factors that strengthens the case for Seneca County is positive.”

Yale says that Sampson could accommodate between 300 and 350 burials per year for over 214 years without running out of space. “This is something that, if selected, will be here for hundreds of years and a truly, historic landmark.” Other veterans cemeteries across the country are starting to run out of space, so this is another factor that makes Sampson an ideal choice. “To be able to have Seneca County have a historic military ground such as it does here with all this acreage, 200 plus years of operation – it’s incredible.”

Rowe says there is a financial implication. When constructed Seneca County made a lifetime commitment to the effort. A 10-year agreement had been in place to fund the operation, but that expires this summer. So the cost will fall back onto the county, if state selection does not happen. “On July 1 the operating costs for Sampson come to Seneca County as a government institution for the first time,” the County Manager explained. “It’s run very efficiently from a financial standpoint, but if we’re not chosen there will be a financial obligation. The honor is the most important thing, but there’s certainly a financial implication.”

Josh leads the content team at FingerLakes1.com and reports on an array of issues impacting residents in Upstate New York and beyond. Have a question? Send it to josh@fingerlakes1.com.