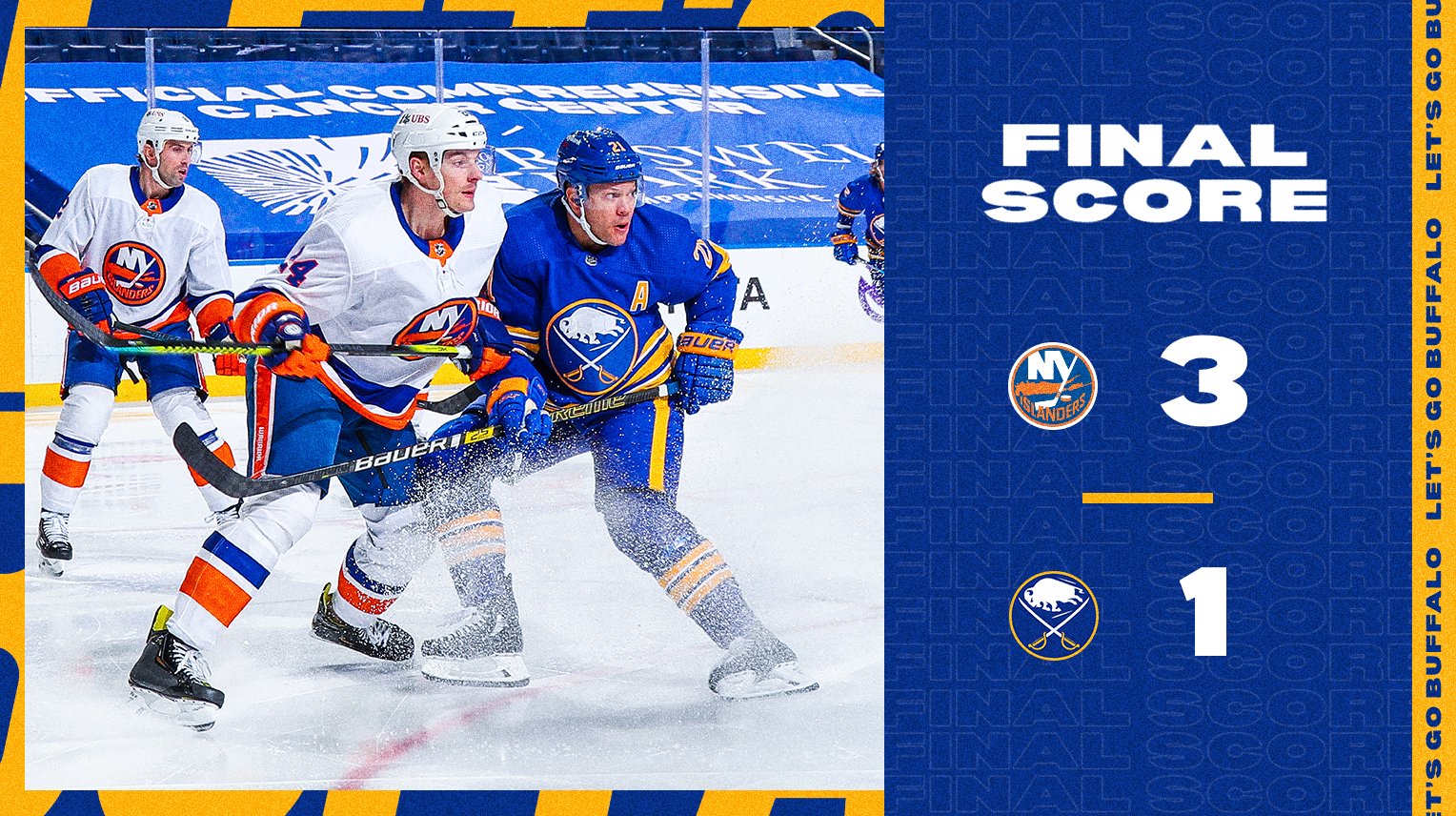 The Buffalo Sabres were back in action for the first time in two weeks Monday night, but the result did not go their way in a 3-1 loss to the New York Islanders at KeyBank Center.

Olofsson’s power-play goal extended his point streak to a career-best seven games (3+5). Seven of his eight points have come on the power play.

Due to a rash of COVID-related absences that affected nine players plus head coach Ralph Krueger, Monday marked Buffalo’s first game action since January 31. Krueger was back behind the bench Monday night.

The 14-day layoff marked Buffalo’s longest in-season break between games not caused by player participation in the Winter Olympics.