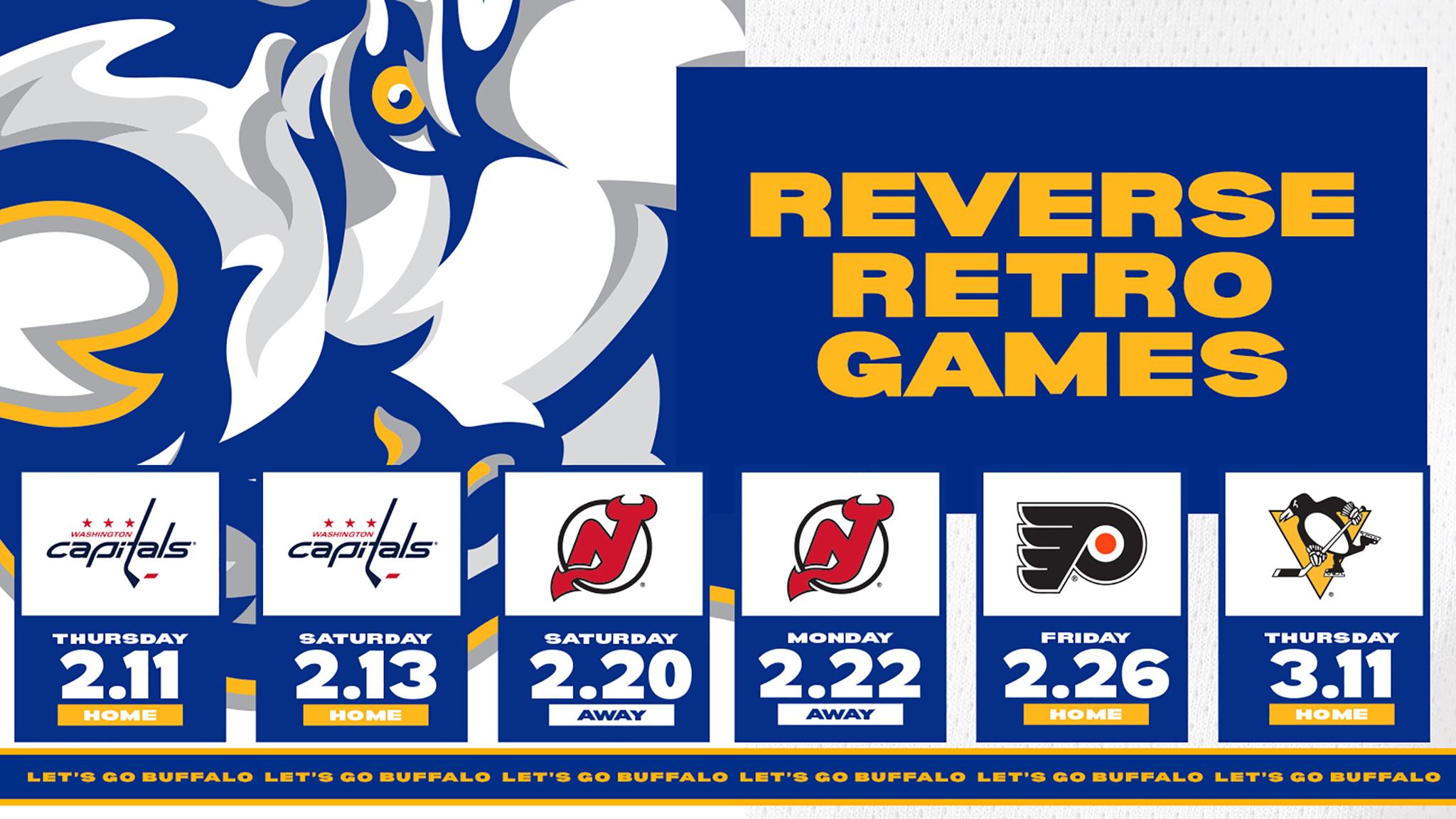 The Buffalo Sabres will wear their new Reverse Retro uniforms six times during the 2020-21 season.

The team will wear the new third jersey for the first time on Thursday, February 11 against the Washington Capitals.

The full third jersey schedule is as follows:

The Reverse Retro jersey, modeled after the team’s first third jersey that debuted during the 2000-01 season, features a crossed swords logo on the crest and the team’s primary logo from 1996-2006 on the shoulders in an updated blue and gold color scheme.

The Reverse Retro program is an NHL-wide initiative in which all 31 teams will wear throwback jerseys with a remixed color scheme. Each team will wear the new jerseys multiple times during the season. The uniforms were unveiled in November.