Today the nursing industry is far from stable, especially here in New York State, but personnel shifts are bound to occur.

This new trend now seemingly even applies to the We Care Centers portfolio, according to an anonymous source.

In an email sent to FingerLakes1.com, it alleges that We Care CEO Ari Grinspan has designated Kristen Duran, the active director of nursing at Elm Manor to assume the same role, but at a different facility: The Brook at High Falls Nursing and Rehabilitation Center.

With only 28 certified beds on-hand, this facility is significantly dwarfed by size in comparison to Elm Manor.

More than 30-miles north of Canandaigua is where the Brook at High Falls is located, its a nearly 45-minute commute one-way depending on traffic.

It still remains unclear whether Duran is in-fact stepping down from her role at Elm Manor to take on her new tasks as the next Director of Nursing in Rochester.

But just before the start of September on August 31st, the Brook at High Falls Facebook page posted a job listing specifically to find a professional to fill that aforementioned position. 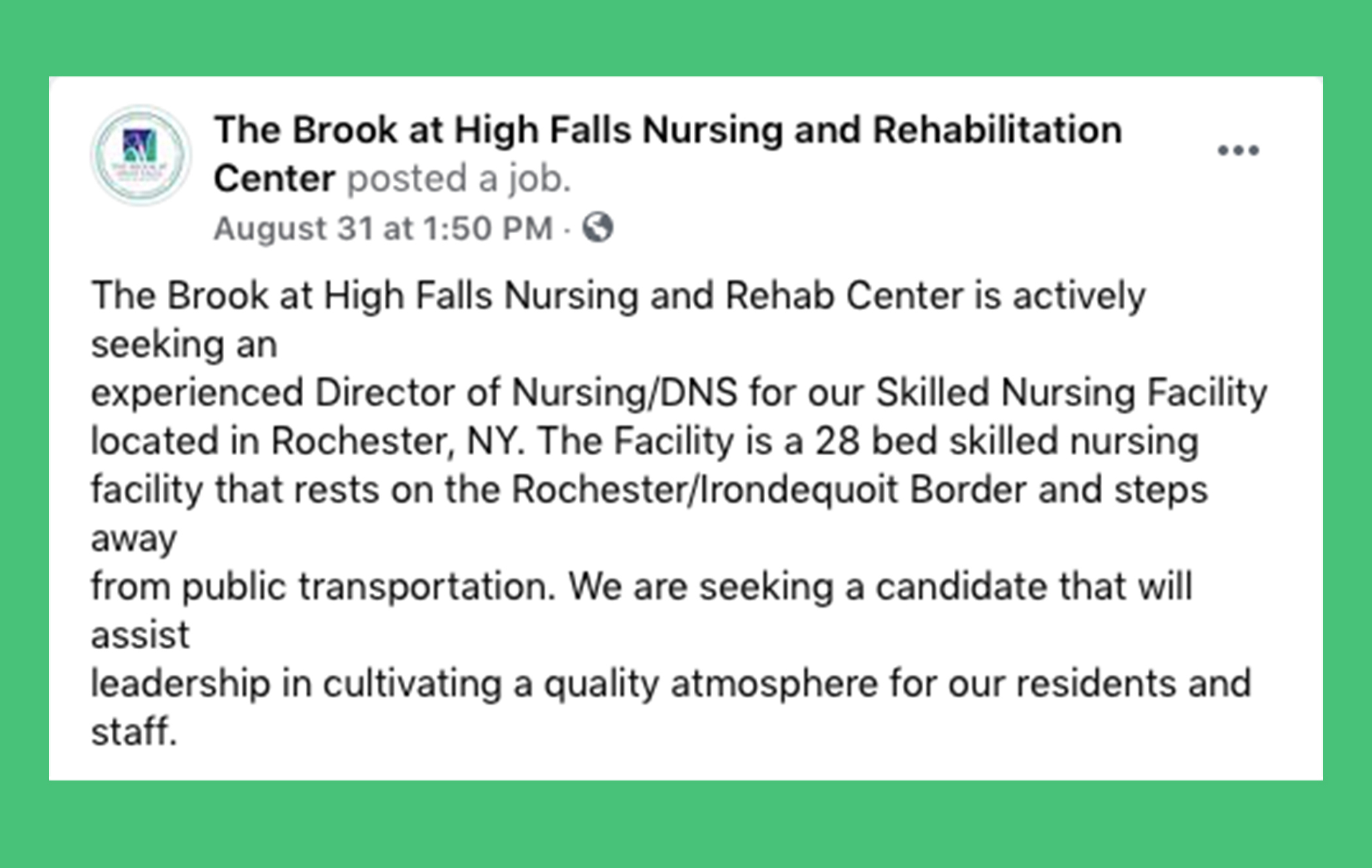 “Given your ongoing investigation, I figured you might be interested to hear this information given the egregious mishandling if the COVID-19 situation at Elm Manor,” the tip concluded.

This insider knowledge from Elm Manor surfaced just a few days before the expected conclusion of a FOIL Request submitted to Ontario County over the summer related to its knowledge about issues at Elm Manor and Ontario Center.

Editor’s Note: FingerLakes1.com contacted We Care Centers on Tuesday, September 8th ahead of publishing this story and still hadn’t received a comment.

6 hours ago
The Social Security Administration really struggled to keep up with customer service once the pandemic hit, and it’s only gotten ... MORE

Energy Bills: 5 areas facing up to $524 in monthly costs this summer

8 hours ago
Inflation continues to impact Americans everywhere, and with summer approaching and air conditioning being used, energy bills will rise. There ... MORE