Stefon Diggs tweeted earlier Monday afternoon that his exit from Minnesota was imminent. On Monday night, he learned his destination. 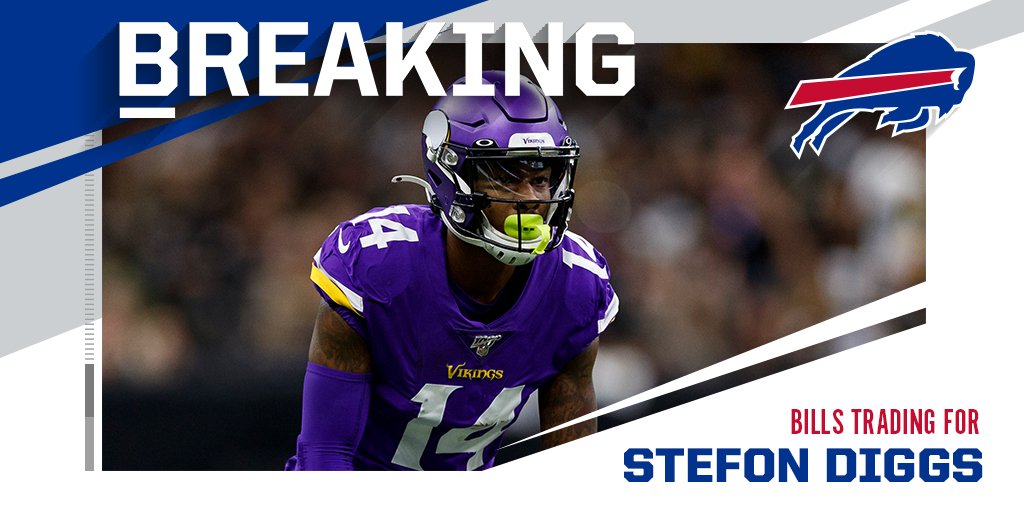 Diggs was less than two years removed from signing a five-year extension to stay in Minnesota through the 2023 season. Now the receiver is primed to play the rest of that deal out in Buffalo, barring a contract restructure. Diggs is slated to make $11.5 million in 2020.

A fifth-round pick in 2015, Diggs quickly established himself alongside Adam Thielen as an undersized force to be reckoned with. Over five seasons, he compiled 365 catches for 4,623 receiving yards and 30 scores. He was also the recipient of arguably the most memorable play in Vikings history, “the Minneapolis Miracle,” a last-second game-winning TD catch-and-run to send the Vikes to a win over the Saints in the NFC Divisional Round and into the NFC Championship Game back in Jan. 2018.

.@danorlovsky7 now on ESPN discussing Diggs trade: “This is an outstanding move for Buffalo, who is clearly making their run to push for the AFC East Championship next year. I love it for Josh Allen & the #Bills.” Also discussed how Daboll loves 3 WR sets: Diggs, Brown & Beasley.