Led by Elijah Hughes, Syracuse put forth a gutsy effort against 8th-ranked Florida State but came up just short in an 80-77 loss at the Donald Tucker Center on Saturday.

Hughes, who was questionable after sustaining a groin injury earlier in the week, scored a game-high 25 points, but he was off the mark on a last-second 3-pointer that could have tied the game. 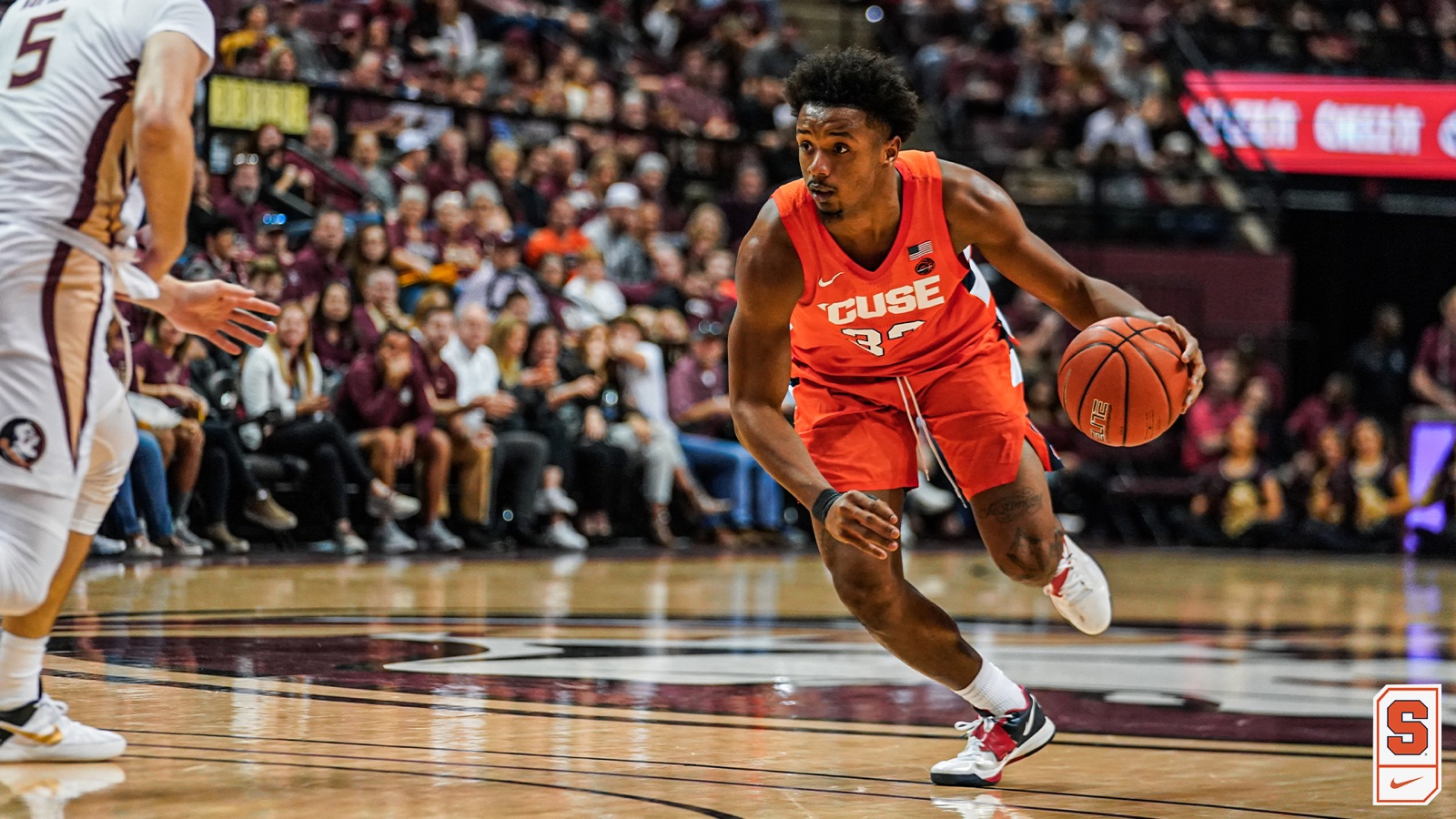 The loss cost the Orange a chance to boost its NCAA tournament resume with a landmark road victory over a ranked team. Instead, the Orange lost for the fourth time in its last five games as its post-season hopes continue to fade.

After a narrow defeat at the hands of NC State in the Carrier Dome on Tuesday, the Orange hit the road for a Saturday showdown against No. 8/8 Florida State at noon.

Saturday’s game will be the 12th all-time meeting between Syracuse and Florida State. The Orange own a 7-4 edge over the Seminoles, but FSU has claimed the past two meetings between the schools. In last year’s contest, a 23-point showing from Tyus Battle wasn’t enough for the Orange in an 80-62 loss.

The top-10 Seminoles return to Tallahassee after suffering a 70-65 loss to Duke at Cameron Indoor Stadium on Monday. The loss was only the third this season against a conference opponent for Florida State with the other two coming against Pittsburgh on Nov. 6, 63-61, and against Virginia on Jan. 28, 61-56. The Seminoles enter the contest at 20-4 on the season, posting a 10-3 record against conference foes. Florida State is third in the ACC standings and is 6-0 at the Donald L. Tucker Center against in-conference opponents this season, the only ACC school with an unblemished home record in conference play.