With a pair of quick first-period goals and a 20-save effort from veteran goaltender Andrew Hammond, the Rochester Americans (14-3-2-2) opened the final month of the calendar year on Wednesday with a 4-0 shutout win over the Toronto Marlies (15-4-2-1) at The Blue Cross Arena. The matchup was the first of a season-long four-game homestand and second between Rochester and Toronto in a five-day span. 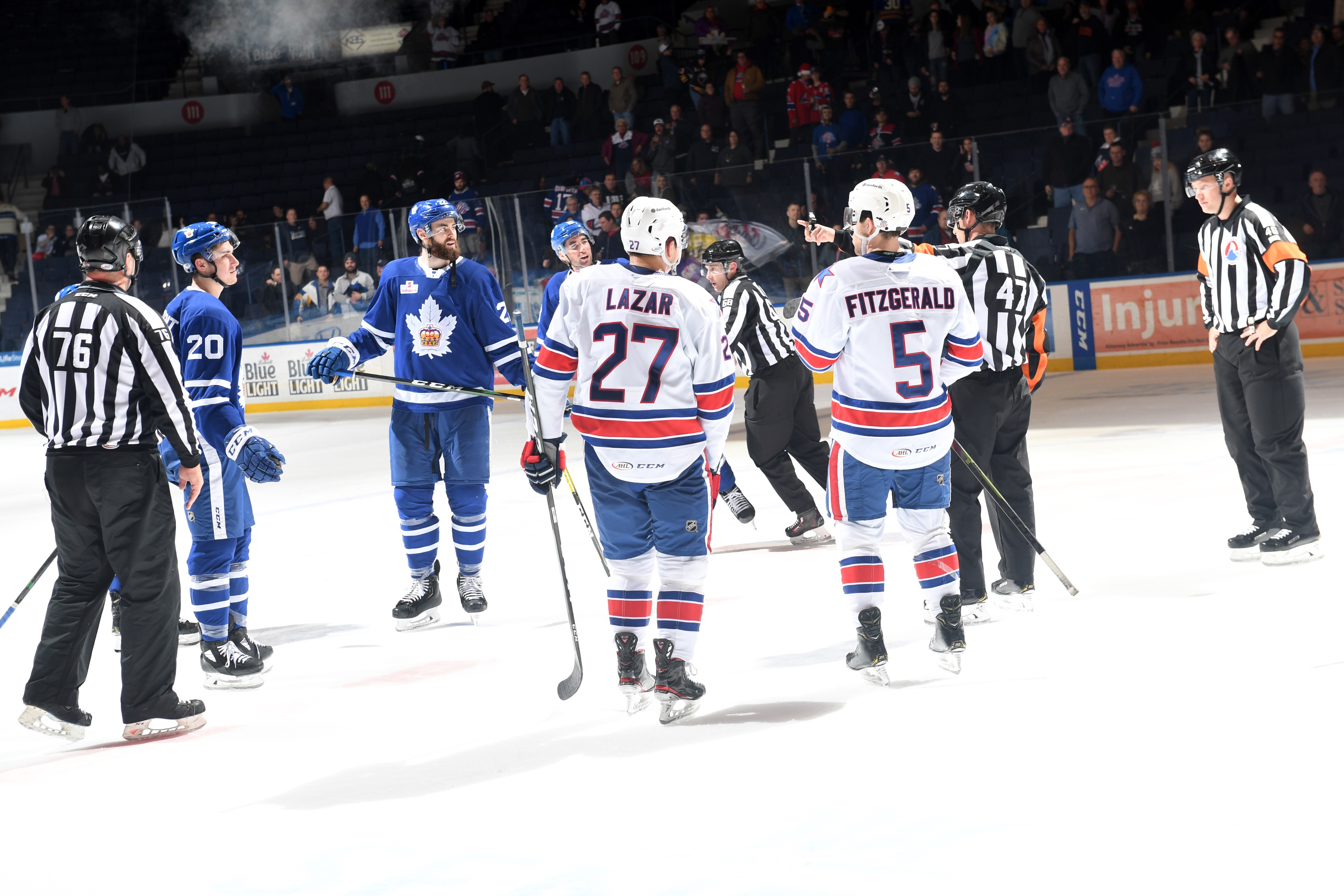 Curtis Lazar and Casey Fitzgerald both recorded their second and third multi-point games of the season, respectively, with a goal and an assist each. Zach Redmond opened the scoring on the night with his third of year while second-year forward Pascal Aquin netted his first career AHL goal. Hammond (8-1-2), who appeared in his 200th pro game, picked up his first point as an Amerk while earning his third shutout of the season. More impressively, in his last seven starts, Hammond has posted five wins, three shutouts, a 1.32 goals-against average and a .950 save percentage.