Jim Boeheim’s decision to insert Joe Girard III into the starting lineup paid off as the freshman point guard led Syracuse to an 89-67 victory over Seattle in front of 21,487 fans at the Carrier Dome on Saturday night. 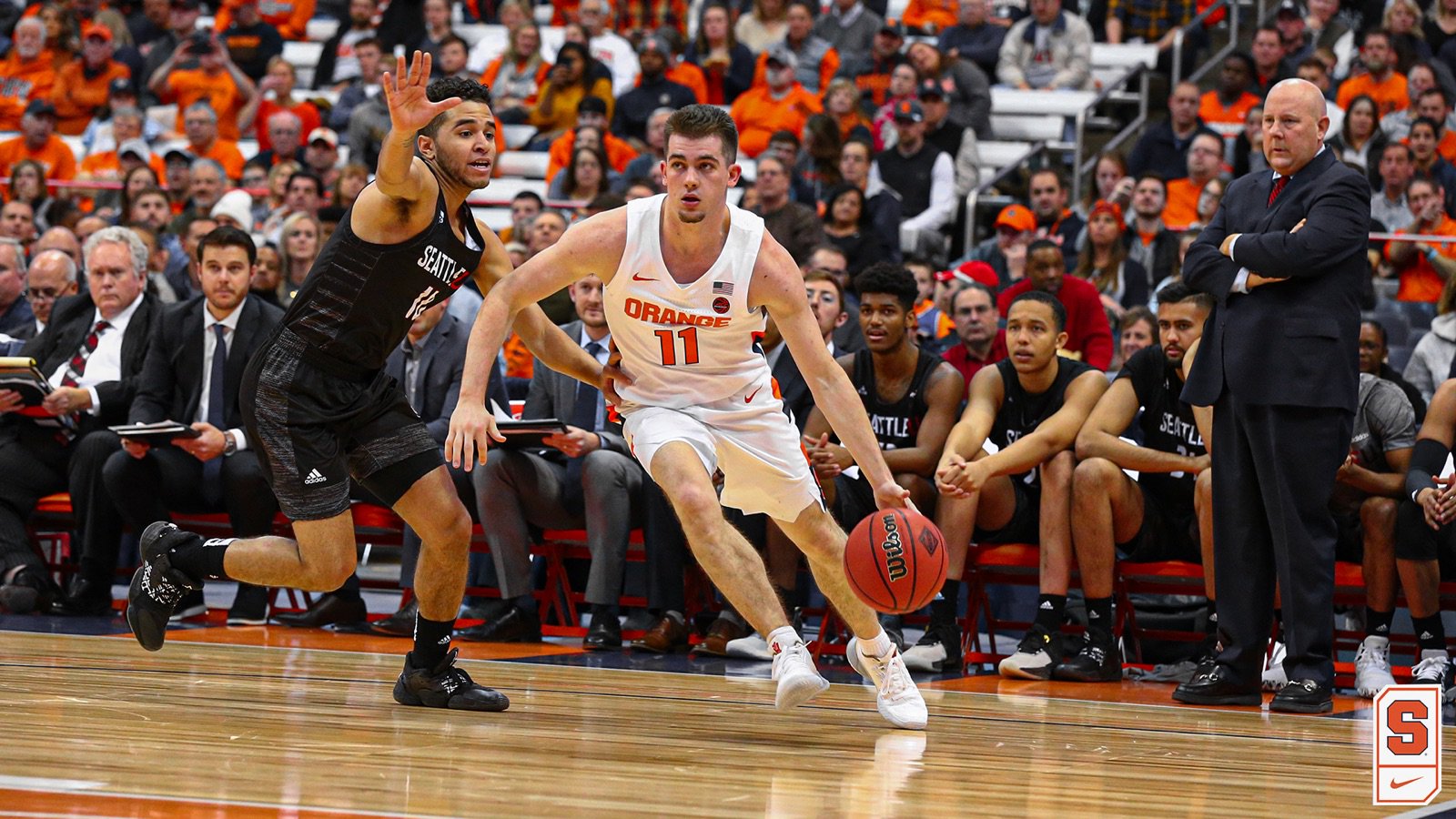 Girard, who took over the starting job from sophomore Jalen Carey, energized Syracuse’s offense from the opening tip. He created shots for his teammates and took advantage of his own opportunities. He pushed the ball in transition and also ran the halfcourt offense with confidence.

The 6-foot-1 guard from Glens Falls finished the game with 24 points in a nearly perfect shooting display. He made seven of his eight field-goal attempts, including 5-of-6 from 3-point range. He also made all five of his free-throw attempts.

Lighting up the Dome

We’re back here on Wednesday night vs. Cornell pic.twitter.com/KmChcSxRix

Syracuse hosts Seattle in the Carrier Dome on Saturday, Nov. 16 at 7 p.m. in the first-ever meeting between the two schools. The game is part of the the NIT Season Tipoff.

SCOUTING THE REDHAWKS
Seattle (2-2) has split its first four games of the season. The Redhawks are coming off a 115-81 victory against Pacific, which snapped a two-game losing streak.