McCloud, 23, was originally drafted by Buffalo in the sixth round of the 2018 NFL Draft (Pick 167). He appeared in 10 games as a rookie and recorded five receptions for 36 yards while rushing for four yards on two carries. He also saw some time as a return man in Buffalo. McCloud returned four punts for 20 yards and one kick for 18 yards. 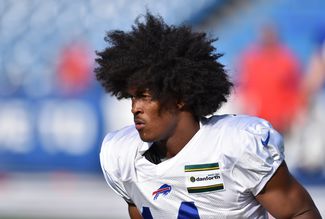 McCloud had a quiet rookie season, but showed significant growth during the spring and summer at the wide receiver position. Despite his improved play, McCloud was not able to make Buffalo’s 53-man roster this summer. The team intended to sign McCloud to their practice squad if he cleared waivers, but he ended up being claimed by the Carolina Panthers.