The Music Man wins awards, recognition at Stars of Tomorrow ceremony for Newark

The Newark High School Spring Musical Production of “The Music Man” won awards and recognition at the Rochester Broadway Theater League’s 21st Stars of Tomorrow Recognition Ceremony May 16th at the Auditorium Theatre in Rochester.

The awards of recognition in Division B schools included:

• Tip of the Hat to Anisha Stallworth (Eulalie Mackecknie Shinn)

• Tip of the Hat to the Rock Island Ensemble (the guys on the train at the beginning scene in the show). 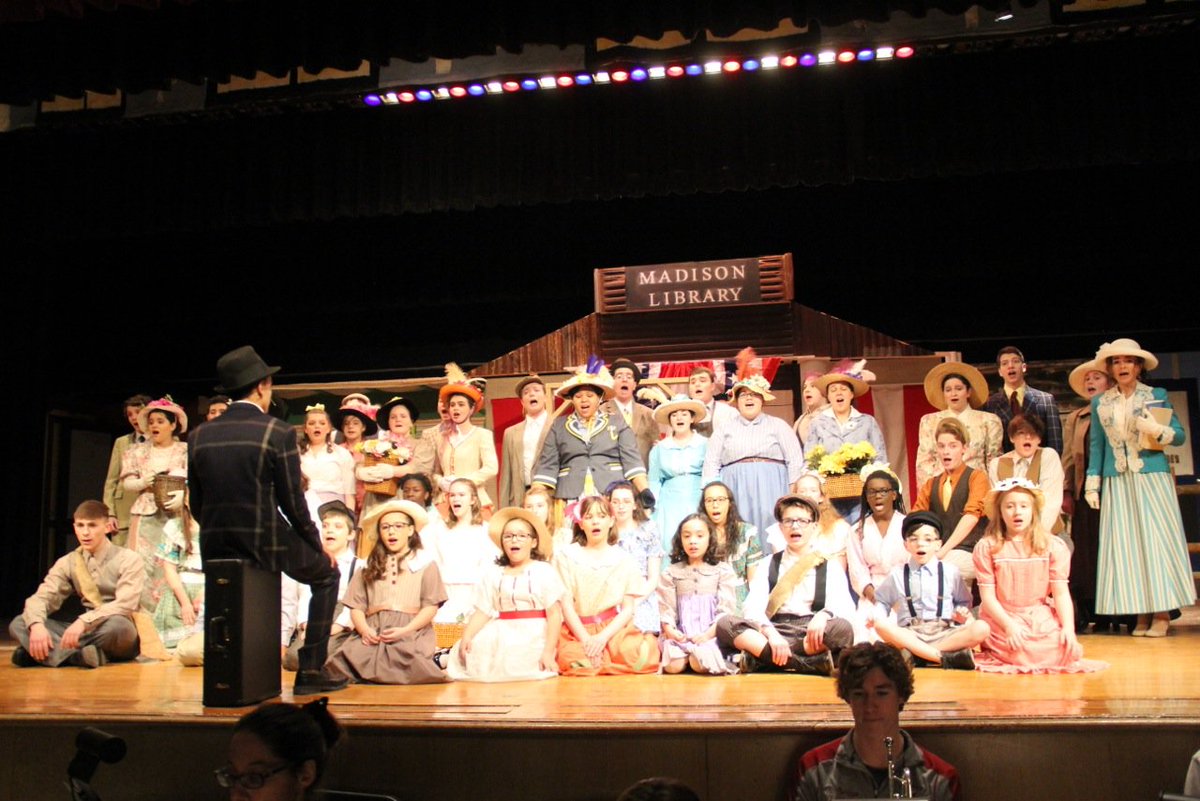 “I am incredibly proud of our cast and crew for this recognition,” said Emily Howard, who directed and choreographed the show. “RBTL Stars of Tomorrow is an excellent reminder that we are part of a greater community that values and understands the importance of theatre in our schools. I feel lucky to work in a district and community that allows our students to have these opportunities.”

The jewel of the Rochester Broadway Theatre League’s education programs, the Stars of Tomorrow program gives recognition to high school musicals and its performing arts students in a nine-county area. Over 30 high schools from around the Rochester area participate in this adjudication program.

Participating schools are divided into four divisions based on population and geographic area, and judges are assigned to specific divisions to score individual schools in these categories: Dance, Acting and Singing Ensemble, Supporting Actor/Actress, Production Crew, Student Orchestra, Musical Production and Leading Actor/Actress.

At the annual Stars of Tomorrow Recognition, participating schools perform a selection from their musical on stage at the Auditorium Theatre. Newark performed a portion of “76 Trombones.”

The event begins with an opening production number featuring