Efforts to save a Boy Scouts of America camp in Ovid appear to have fallen short.

Camp Babcock-Hovey is up for sale, announced the BSA’s Seneca Waterways Council on Tuesday evening. 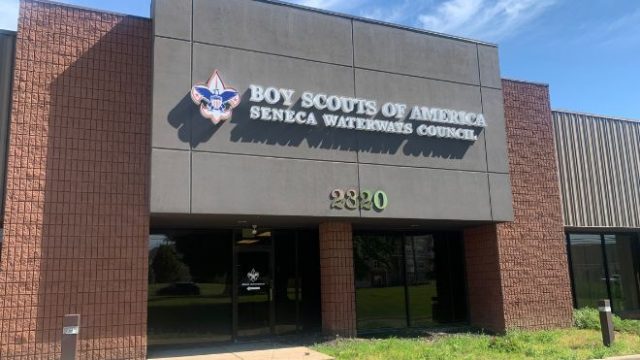 Camp Babcock-Hovey occupies a 300-acre property on the shores of Seneca Lake. The camp boasts features such as waterfront access, hiking trails and 10 campsites with tents and lean-tos.

The camp also celebrated its 85-year anniversary this month.

The decision to sell the property was determined to be the best way to fulfill cash contribution requirements under the BSA bankruptcy agreement, according to the SWC.

“Our volunteer Executive Board this evening made the difficult decision to begin the process of selling Camp Babcock-Hovey,” said the council in a letter sent to Scouting families on Tuesday, June 14. “The board made this choice only after nearly a year spent exploring ways to fulfill our obligation to the national BSA bankruptcy settlement, including a fully researched recommendation from the council’s Asset Committee.”

The letter acknowledged that other BSA councils across New York will likely “be working through similar, tough choices” due to BSA national bankruptcy and the Covid pandemic’s impact on membership.

“The loss of Camp Babcock-Hovey is painful, especially for those who have spent treasured weeks of their Scouting careers there,” said the letter.

INSIDE THE FLX: Scouts BSA gearing up for summer camp season (podcast)

Scouting community rallied together in efforts to save Camp Babcock-Hovey

Community members advocated against the sale prior to the SWC’s announcement on Tuesday.

Michael Kirsch, a 14-year-old Life Scout out of Troop 60 in Victor, created a Change.org petition in hopes of keeping the camp open. As of Wednesday, June 15, the petition had amassed 1,575 signatures, far surpassing its original goal of 100 signatures.

According to its Facebook page, some members of the Babcock-Hovey Alumni Association sent letters to the SWC requesting the camp not be closed. Members also shared their memories of camp in posts on the page.

Following the SWC’s decision to close the camp, many took to the Facebook page to express their disappointment with the decision. Some said they understood why the decision was necessary considering the financial burden on the organization.

Others wondered out loud if the two remaining camps operated by the SWC- Camp Cutler in Ontario County and Massawepie Scout Camps in St. Lawrence County- would adequately serve the Western New York Scouting community.

This is a developing story. Check back later for an update from FingerLakes1.com’s Rebecca Swift.