The Victor Farmington Library released a statement this week following residents striking down a proposal to build a new, larger library in the Village of Victor earlier this month.

The proposal was for a $16.6 million project to build a 24,000-square-foot facility at 160 School St. in the village. On May 18, Town of Victor residents voted against a new Victor-Farmington Library facility. 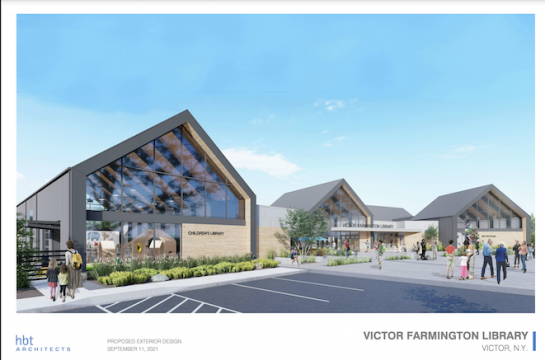 Library board met on Tuesday

“Just over a week ago, voters spoke clearly, with 69% saying a larger library for Victor and Farmington isn’t feasible right now. Yesterday, the Library Board of Trustees reconvened to review the results of the vote and chart a path forward.  The Board of Trustees charged the library director and staff with focusing on running the best library possible, in the current facility,” said the library in a statement on May 26.

According to the release, Board President James R. Myers encouraged library staff and community members to find new ways to “squeeze more utility” out of the existing W Main St. facility.

In return, the Board of Trustees stated it would support changes to address “concerns a large building aimed to fix.” Board Treasurer Patti Larche said she is confident donors, grants and a sizeable 2022 operating budget will fund needed updates.

To share ideas for making the most out of the existing library, email [email protected] or drop written suggestions in the library’s suggestion box.