The New York State Department of Education announced the cancellation of the Regents Examination in U.S. History and Government on Tuesday.

NYSED cited the mass shooting in Buffalo as a contributing factor in its decision. NYSED Commissioner Betty Rosa said there is content on the exam that may further traumatize students reeling from the May 12 tragedy in Buffalo. The exam was scheduled for June 1. 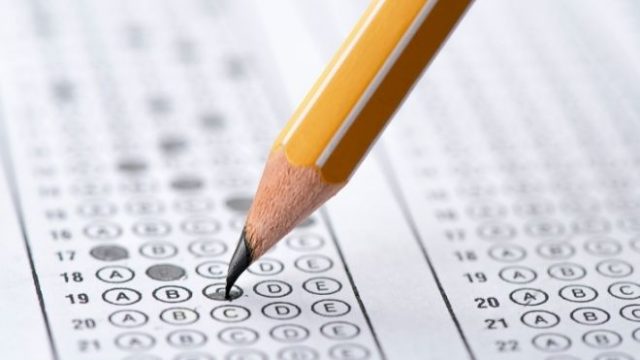 NYSED Commissioner Betty Rosa made the following statement in a letter on May 24:

“In the wake of the heinous mass shooting in Buffalo, the Department is taking numerous steps to explore potential areas of support for students and schools across the state. Such actions include having content experts from the Department, in partnership with NYS educators, review all June 2022 Regents Exams, which have already been printed and packaged for shipment to schools. During that review, our experts determined that there is content on the new Regents Examination in United States History and Government (Framework) that has the potential to compound student trauma caused by the recent violence in Buffalo.

While developed by NYS-certified social studies teachers more than two years ago and field-tested to confirm that the exam’s content is educationally sound, the tragedy in Buffalo has created an unexpected and unintended context for the planned assessment. The Regents Examination in United States History and Government (Framework) was scheduled to be held for the first time on June 1, 2022. The
Department planned to administer this examination earlier than other Regents Exams to allow NYS educators to review the content of the exam and a representative sample of student results to make a recommendation for the performance standards (i.e., “cut scores”) for this new assessment.”

Modification to exam not possible

Rosa said it is not possible to modify the exam in such a short time period before the administration date.

At the June Board of Regents meeting, NYSED asked the board to approve a graduation exemption for students who were set to take the U.S. History and Government exam on June 1, according to WGRZ.

This change does not impact other regents or local examinations.

Related: Here’s how to donate to help families of the Buffalo shooting victims

27 mins ago
A recall has been issued for Lay’s Potato Chips due to an undeclared allergen that could cause a serious health ... MORE

41 mins ago
Stimulus payments worth as much as $500 will soon be sent to millions of New Mexicans as the state tries ... MORE

1 hour ago
Tax stimulus rebates worth as much as $975 are available to over 260,000 Americans in the state of Pennsylvania. As ... MORE

4 hours ago
Summer is here, which means many Americans are more concerned about the rising energy costs. Here’s what energy assistance programs ... MORE

4 hours ago
Connecticut households still have a chance to apply for the child tax credit payment, which could bring in as much ... MORE