Over the years they grew from a few dozen followers to 13,000 – providing hourly, daily, weekly, and sometimes moment by moment weather updates. It’s a crucial service, one that fills a void in the same way that FingerLakes1.com does.

Matthys and his team saw an opportunity to help keep an underserved portion of Upstate New York covered with day-to-day information about weather events- and now they will be doing it with FingerLakes1.com. 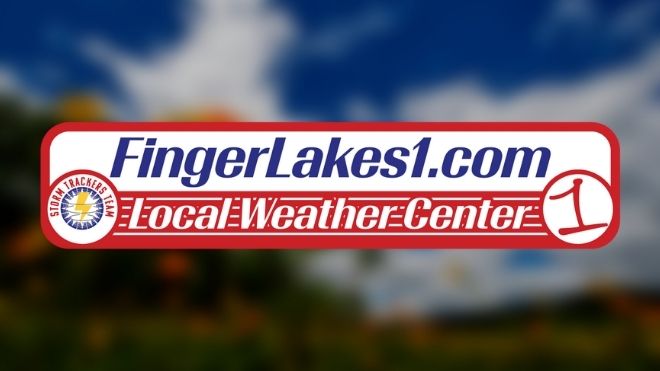 The Storm Trackers Team is now part of the FingerLakes1.com Team

Since late winter we have been partnering with the Storm Trackers Team to provide better updates on major weather events. When the relationship began, it was winter weather. Now, as severe weather season arrives with warmer temperatures – that focus will shift.

But the Finger Lakes is split up between all of them leaving communities in the heart of the region feeling like they’re on the edge, or barely remembered by these entities. We believe it’s important for the Finger Lakes region to have personal, in-depth weather coverage that’s unique for the people who live- and visit.

That’s why readers, listeners, and viewers of FingerLakes1.com products- present and future- will see significantly more weather-related content. Thanks in large part to our new partnership with the Storm Trackers Team.

“I was out chasing a severe thunderstorm moving through central parts of Wayne County in August of 2011,” Matthys recalled of the early days. “There was something about the structure of this storm that caught my eye. As the storm moved over the North Rose area in Wayne County, I noticed some strong rotation developing.”

He could hardly believe what he was seeing.

“I headed east, but was just a bit too far away to see the tornado touch down. I arrived in the South Butler area and this was where the tornado first struck with force,” he said. “The people coming out of their homes were in shock at what just happened. They told me they didn’t know anything about this tornado coming.”

Matthys said the damage was clear that a tornado touched down. He walked through one of the homes that was damaged by the tornado. But what that resident told him stuck.

“It was from this day forward that I knew I wanted to put together a team of specialists to help forecast and track major storm events from the southern shores of Lake Ontario through the Finger Lakes Region,” he recalled. “There seems to be a gap in weather coverage in this area and I wanted to help fill this important void.”

As for that tornado – it was an EF2 on the Fujita Tornado Scale, which is admittedly impressive for a place in Upstate New York.

For many years the Storm Trackers Team has expanded its efforts- adding assets and team members to the organization. They publish daily reports to Facebook- filling that gap as Matthys originally imagined more than a decade ago.

“It’s been a dream of mine to produce a weather source that people can depend on and trust,” Matthys added. “We do not hype the weather up just to get attention, but we give people the straight facts.”

He says watching their audience grow over the last several years has been inspiring and humbling. “We have proven that we’re earning the trust of our viewers,” Matthys said. The Storm Trackers Team relies on a network of readers and viewers to give critical information during weather events.

Ground truth as many in the forecasting game call it.

Weather warnings like no other in the Finger Lakes

“I have heard for many years how confused people are with the National Weather Service advisories, watches, and warnings. So, we decided to come up with a system that people can clearly understand. Information is of little use if the public doesn’t understand it. I must say I was nervous at first when we went live with this alert system, but the feedback over the years has been very positive,” Matthys said.

The system is based on five levels. The first word in the alert level gives the reader an immediate queue as to what’s expected- unlike vague watches, advisories, or warnings.

Here are the alert levels:

The first two levels are often reserved for the days leading up to weather events. Instead of jumping out with an alert- just to have modeling change within 48 to 72 hours of an event- the Storm Trackers Team gets readers ready in a responsible way.

Getting away from daily ‘forecasting’

The Storm Trackers Team says it’s important to focus on the major weather events. Not because they are the ones that get the most draw or attention- but rather because of the prevalence of computer forecasting.

“We specialize in watching for hazardous weather that may affect the people of our monitoring area,” Matthys said. “Anyone can get a general forecast today from many different sources, but detailed information of storm threats is an entirely different story. Our viewers want specific information on how the weather will affect them where they live and travel.”

The Storm Trackers Team also has an exclusive boating forecast for the nearshore waters of Lake Ontario, which helps the boating community stay safe along Cayuga, Wayne, and Monroe counties.