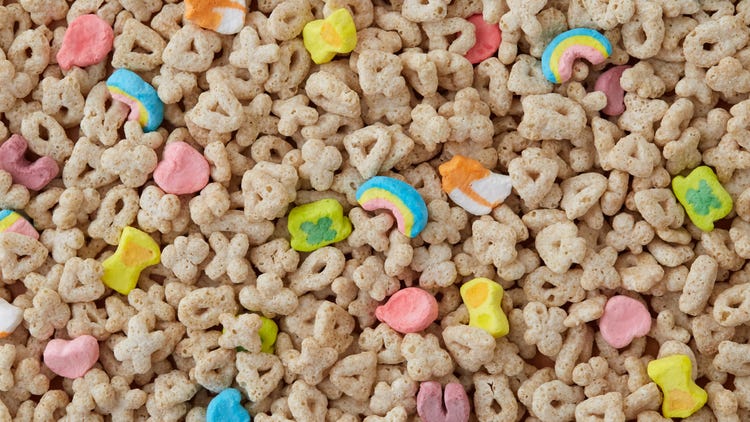 Almost everyone has a personal preference when it comes to cereal.

Whether if it’s Cheerios or Fruit Pebbles their is always one box you’ll reach for every time.

According to an Eat This, Not That article if Lucky Charms is your go to cereal choice you might want to hold off.

Over the past month people through out the U.S. have become ill after eating this rainbow marshmallow cereal.

Their has been 446 reports off illness linked to this cereal.

Consumers have stated the cereal causes them to feel sick to their stomach.

People have been experiencing the following symptoms after eating

People have taken to the internet to express their concerns and complaints for this cereal.

And the numbers are in the thousands.

Some say they tried multiple boxes of Lucky Charms, all leaving them ill.

Even though their has been several cases of illness and complaints.

There is still no official recall on the cereal.

Lucky Charms responded to the controversy through a tweet saying

“Food safety is our top priority. We take your concerns very seriously.

Through our continuing internal investigations,

we have not found any evidence of consumer illness linked to the consumption of Lucky Charms.

Please send us a DM so that we can gather additional details”.

But given that there isn’t an official recall yet for this cereal it might be best to reach for something else your next trip to the grocery store.