“Gun violence is one of the biggest public health crises we face, and it continues to endanger our communities,” said Attorney General James. “Gun buybacks, such as the one we hosted today, are a critical part of our efforts to combat this violence and save lives. Every gun that is turned in today is one less weapon that can be of harm to anyone, and I thank our partners in law enforcement for their invaluable support and collaboration in keeping our residents safe.” 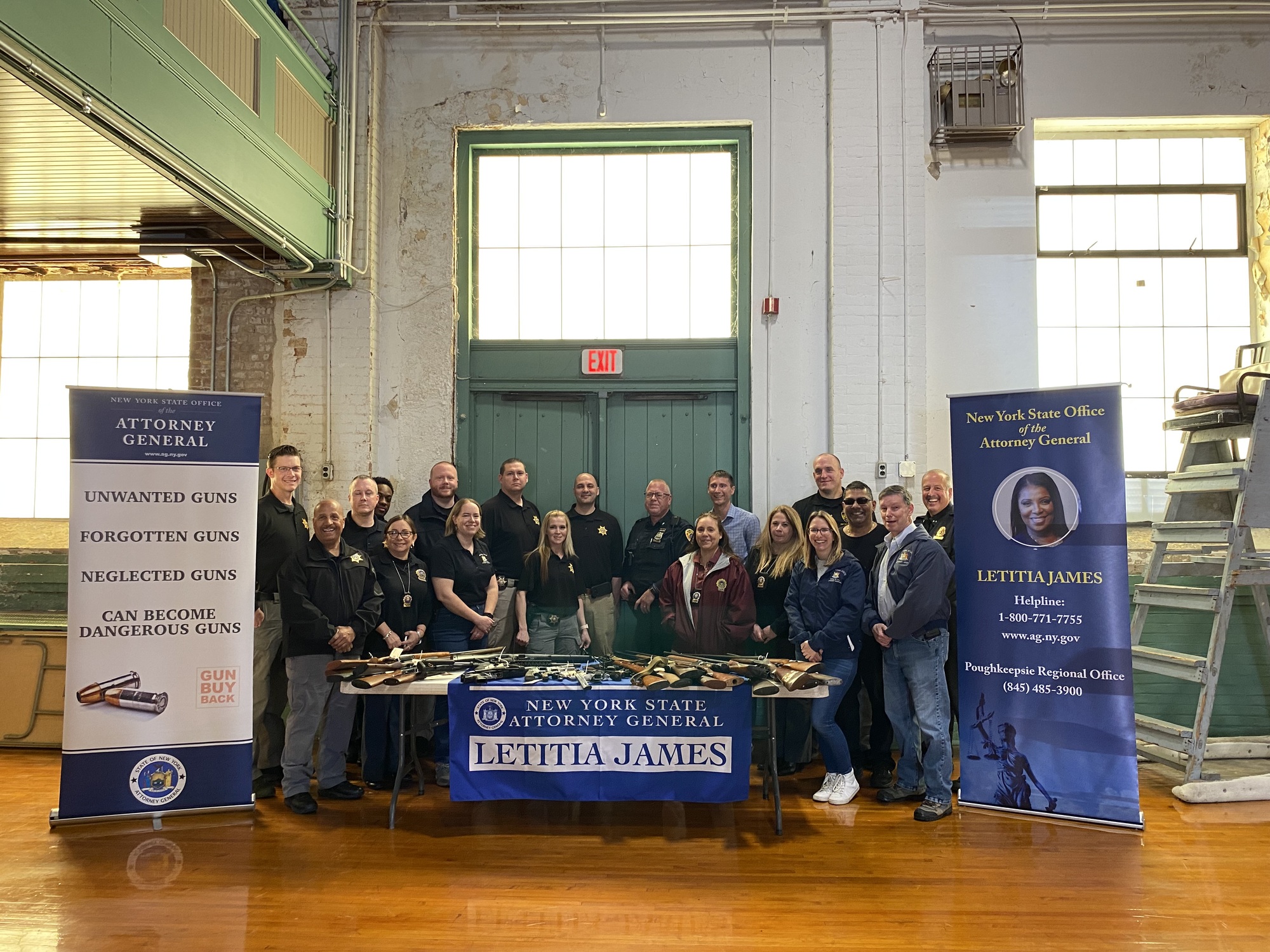 “Partnering up with New York Attorney General Letitia James’ office for these types of events really shows us that the state cares about the Hudson Valley,” said Ulster County Sheriff Juan Figueroa. “We tend to see more violence as the weather gets warmer, and these collaborations help us get ahead of that. We thank Attorney General James’ office for once again bringing resources into the county and helping us get firearms off the street with this full amnesty program.”

“Gun violence in Kingston is an urgent public health crisis, and we are grateful that the attorney general has partnered with the Ulster County Sheriff’s Office and Kingston Police Department to bring this incredibly important gun buyback event into our community today, creating a trusting space to help get illegal and unwanted guns off our streets,” said State Senator Michelle Hinchey. “We will continue to elevate every innovative and community-led solution possible to affect the change we need so that Kingston can be a safer place for everyone.”

“Every single weapon we can get off the street, or prevent from getting into the hands of someone who shouldn’t have one, is critical in our efforts to end gun violence,” said Kingston Mayor Steven T. Noble. “I would like to thank Attorney General James and her staff for working with the Kingston Police Department and our fellow law enforcement agencies. We continue to use every tool available to stem the rise in gun violence, especially among the young men and women in our community.”

Today’s community gun buyback resulted in the collection of 60 guns, including 26 long guns, 20 handguns, six assault rifles, and eight non-working guns. Since 2013, the OAG has hosted gun buyback events throughout New York state and has successfully collected more than 4,700 firearms. To date, Attorney General James has taken a total of more than 2,700 guns out of communities since 2019.

In exchange for the firearms, OAG offered monetary compensation, in the form of prepaid gift cards, when an unloaded gun was received and secured by an officer on site.